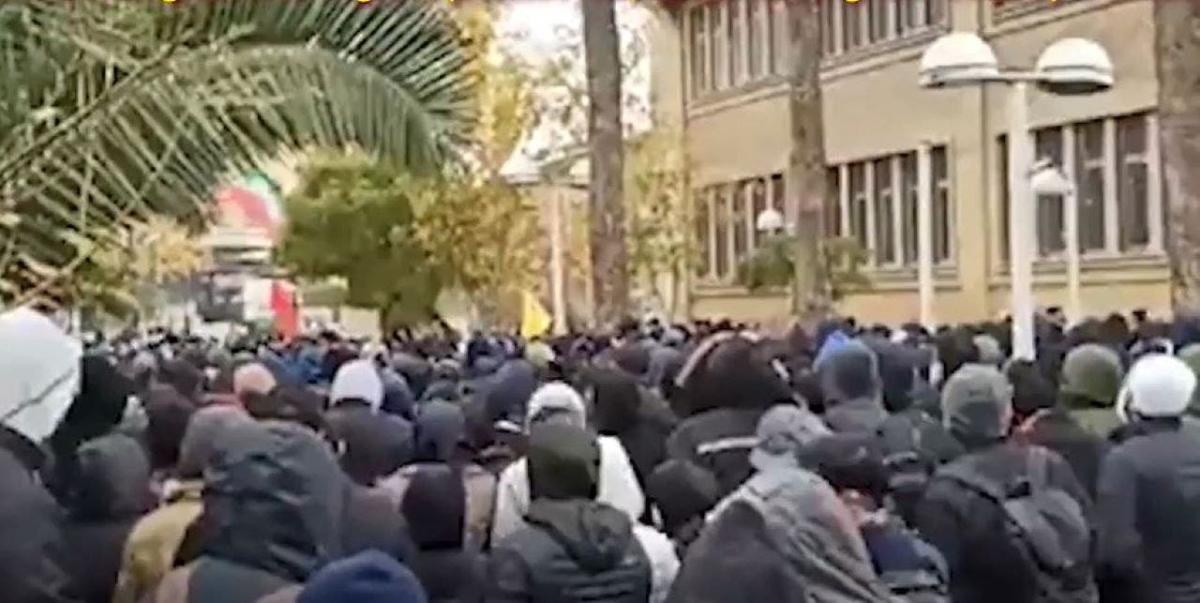 Students joined protesters who took to the streets across Iran on Wednesday as protests stemming from the death of Mahsa Amini continued into the 83rd day.

The protesting students were joined by shopkeepers across the country who closed up their shops and went on strike for the last several days, the National Council of Resistance of Iran reported Wednesday, as tensions between the Iranian regime and protesters continued to intensify following the death of Amini in September.

Later on Wednesday night, protesters marched on Azadi Square in Tehran chanting, “Death to Khamenei” and “death to the dictator” despite a heavy presence of Iranian security forces who opened fire on the crowd intermittently with pellet guns.

SISTER OF IRAN’S SUPREME LEADER CONDEMNS HIS RULE, CALLS ON REVOLUTIONARY GUARDS TO ‘LAY DOWN THEIR WEAPONS’

Ali Safavi, a member of the Foreign Affairs committee of the National Council of Resistance of Iran, told Fox News Digital that the protests and strikes are happening in some 80 cities nationwide and in 40 locations in Tehran.

READ ON THE FOX NEWS APP

“It is time for the international community to go beyond words and symbolic sanctions, and take concrete steps, including the severance of diplomatic ties, the expulsion of the regime’s envoys, and the recognition of the Iranian people’s right to defend themselves,” Safavi said. “A misogynous, child-killing regime has no place in the community of civilized nations. Its leaders, including Ali Khamenei and Ebrahim Raisi must be held to account.”

Protests, which have sometimes turned deadly, have erupted across Iran and the world following the death of 22-year-old Mahsa Amini who died in custody in September after being arrested by the “morality police” for not wearing the country’s mandatory headscarf required of females.

Human rights groups claim security forces have killed at least 448 people and made as many as 18,000 arrests. Some 60 children are believed to have been killed by the regime during the protests.

On Thursday, Iran carried out what appeared to be the first execution of a protester who took part in the uprising.

Mohsen Shekari, 23, was hanged Thursday morning after being found guilty by a Revolutionary Court of “enmity against God.”

An Iranian news outlet known as Mizan, which is tied to Tehran’s judiciary system, said the 23-year-old was accused of wielding a machete, injuring a police officer and blocking street access in Tehran on Sept. 25 with the “intention of killing and creating terror and depriving people of freedom and security.”

Fellow activists claimed he was convicted following a “show trial” that lacked any due process.