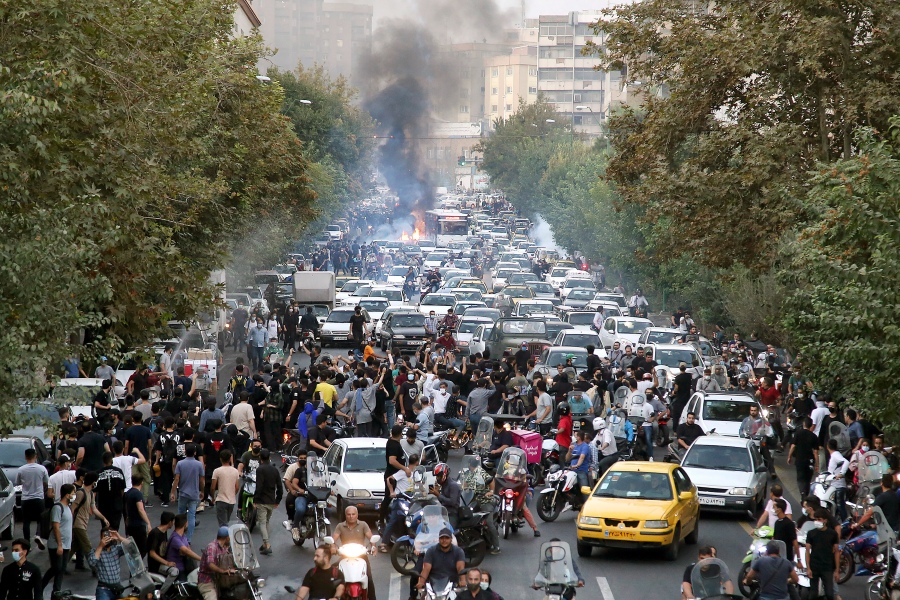 Iran has executed a man for allegedly injuring a security guard with a knife during mass protests that have swept the country in recent weeks, the first country’s first known execution during the demonstrations, according to state media.

The Mizan news agency, which is run by Iran’s judiciary, reported that Mohsen Shekari was arrested and sentenced to death for blocking a street in Tehran and intentionally wounding a security guard with a machete during the protests.

Mass demonstrations have swept the country after 22-year-old Mahsa Amini died in the custody of Iran’s morality police, who detained her for allegedly improperly wearing her hijab.

The protests have grown into calls for the downfall of the Iranian regime, and Tehran has sought to suppress the protests with thousands believed to have been arrested.

“The Iranian regime’s inhumanity knows no bounds. #MoshenShekari was sentenced & executed in a perfidious summary procedure because he disagreed with the regime. But the threat of execution will not suffocate people’s desire for freedom,” German Foreign Minister Annalena Baerbock wrote on Twitter.

Mizan’s report also alleges that the executed protester was offered money by an accomplice if he attacked an agent. He was arrested on Sept. 25 and appeared in court on Nov. 10, according to Mizan.

The Biden administration has responded to the protests by sanctioning some officials and entities involved in suppressing the protests, but a bipartisan group of lawmakers have called for a more forceful response from Biden and the international community, including additional sanctions.

“Iranian authorities have continued and even escalated their brutal suppression of protestors, including through their use of technology-facilitated gender-based violence,” they said.

“Women and girls have faced targeted online harassment and abuse by Iranian authorities, their apparatuses, and institutions as they demand respect for their human rights and fundamental freedoms,” the statement continued. “We condemn this ongoing violent crackdown on protestors, including on digital platforms and through Internet restrictions.”