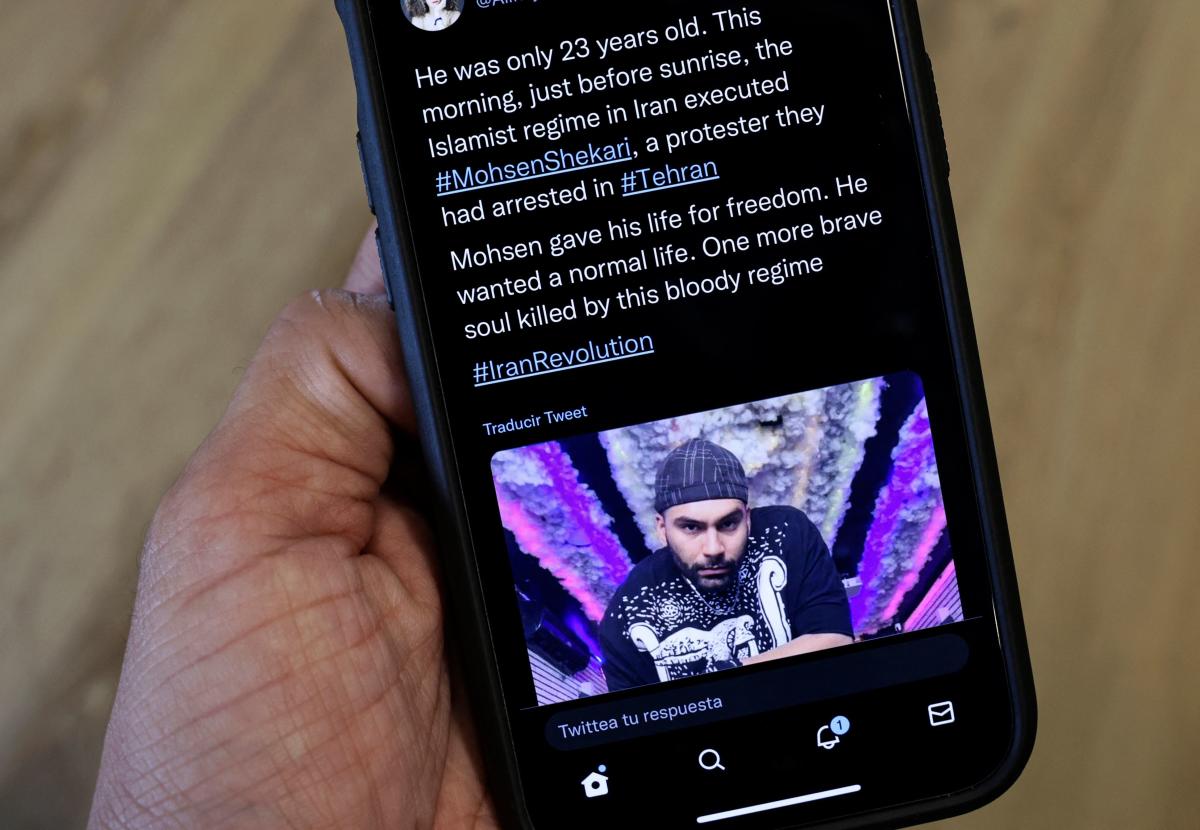 (Bloomberg) — The UK, France and Germany condemned Iran for executing a 23-year-old protester on Thursday, a move that signals the Islamic Republic is significantly escalating its crackdown on anti-government unrest.

Mohsen Shekari was accused of helping to block a street in Tehran and injuring a member of the Islamic Republic’s plainclothes religious militia in nationwide protests that erupted in September after the death of a young woman in the custody of the so-called morality police.

Germany’s Foreign Minister Annalena Baerbock said in a tweet that the hanging showed “boundless contempt for humanity.” The UK’s Foreign Secretary James Cleverly called it “abhorrent violence” and said the world can’t turn a blind eye to the actions of the authorities in Iran.

London-based rights group Amnesty International said it was “horrified” by the hanging and urged the nation’s Supreme Leader Ayatollah Ali Khamenei to stop all planned death sentences and cease using the punishment against protesters.

Why Iran Protests Have Persisted Despite a Crackdown: QuickTake

Shekari is the first known case of the death sentence being carried out on a protester since anti-government demonstrations began. At least 28 others are at risk of being sentenced to death, according to Amnesty, and about a dozen have already been formally sentenced to hang.

Shekari had joined protests in Sattar Khan, a busy commercial main road in central Tehran, on Sept. 25, the state-run KhabarOnline website said, adding that his alleged attack on a member of the voluntary Islamic militia required 13 stitches.

The online activist group, 1500Tasvir, citing Shekari’s family, said they were awaiting the outcome of his appeal when they were informed in the early hours of Thursday morning that their son had been executed. Bloomberg wasn’t able to verify the statement.

According to rights groups, more than 420 people have so far been killed by security forces in the protests, including scores of children. Iranian officials have repeatedly denied the state is responsible for any deaths and have said between 200 and 300 people have died so far.