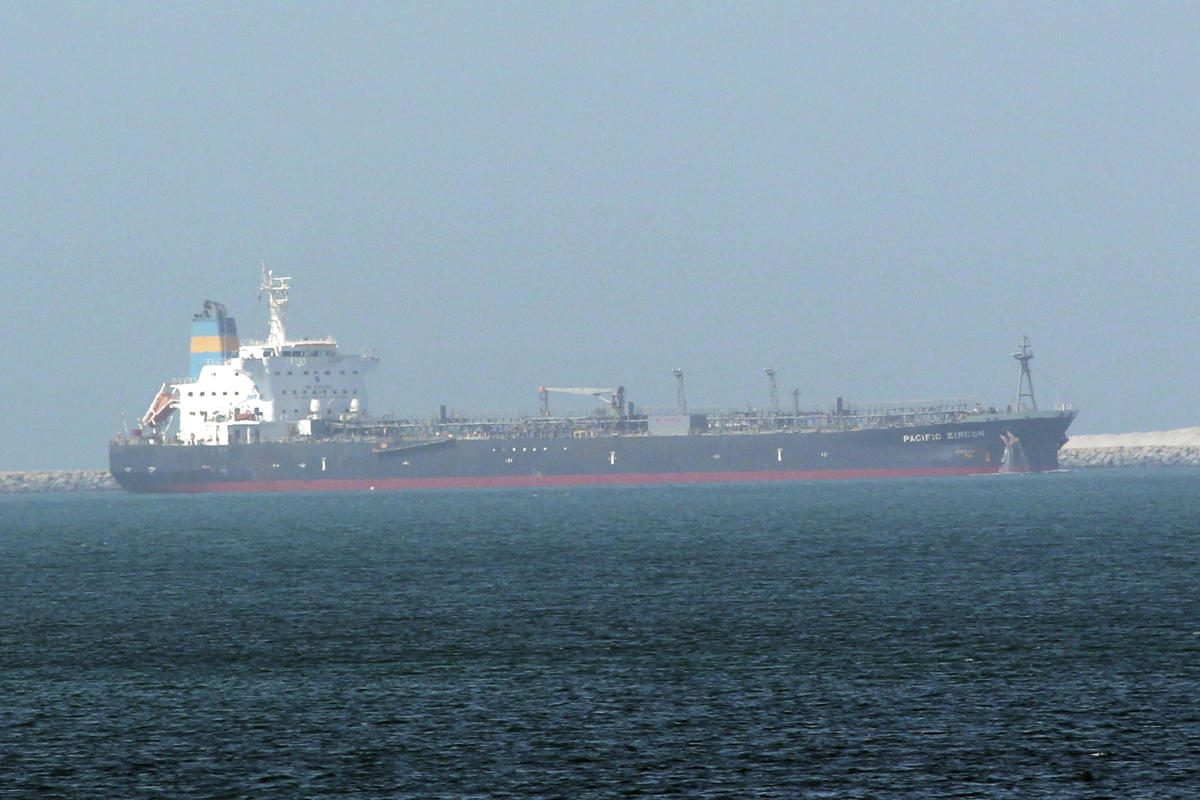 DUBAI, United Arab Emirates (AP) — Investigators have concluded that an Iranian drone was used to bomb an oil tanker linked to an Israeli billionaire last week, the U.S. Navy said on Tuesday.

The drone attack on the Liberian-flagged oil tanker Pacific Zircon last Tuesday off the coast of Oman appears to be part of the long-running shadow war between Israel and its archenemy Iran that has included the targeting of Israeli-linked ships in strategic Mideast waterways.

The Navy said explosives experts boarded the ship to assess the damage, including a 30-inch-wide (76-centimeter) hole punched in its side, and to collect debris and bomb residue. The evidence was taken to a lab at the headquarters of the U.S. Fifth Fleet in the Gulf Arab nation of Bahrain.

Navy investigators concluded that the drone used was an Iranian Shahed-136, the same kind of bomb-carrying drone Iran has supplied to Russia in its war on Ukraine. Iranian drones were used by Yemeni rebels to attack Saudi Arabia and the United Arab Emirates earlier this year, the Navy said.

The Pacific Zircon is operated by Singapore-based Eastern Pacific Shipping, which is a company ultimately owned by Israeli billionaire Idan Ofer. Israeli and U.S. officials said at the time of the attack that they suspected Iran was behind it.

Iranian officials have not commented on the attack or allegations that Iran was involved.

Last year, a suspected Iranian drone strike hit the Israeli-associated oil tanker Mercer Street off Oman, killing two people onboard. In recent months, Iran has lashed out at its perceived enemies abroad amid monthslong nationwide protests calling for the overthrow of its ruling clerics.