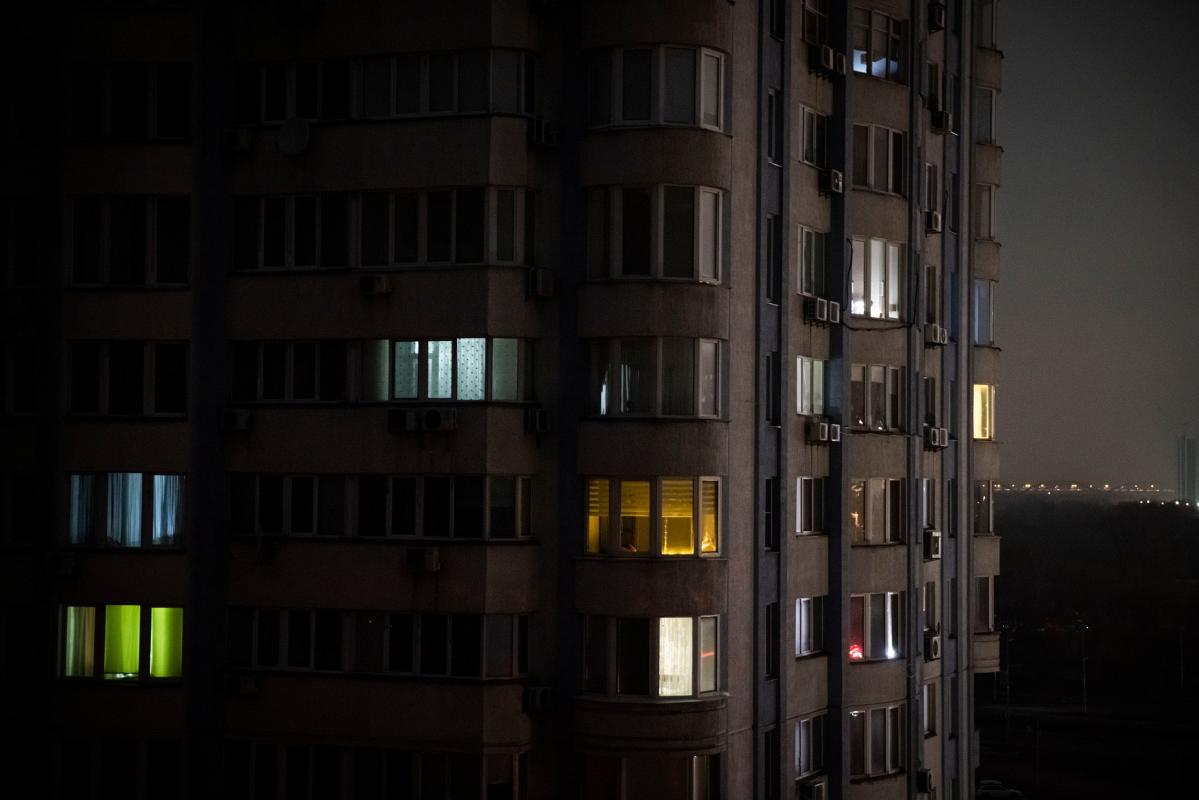 (Bloomberg) — Ukraine President Volodymyr Zelenskiy said Iran must be punished for what he called its “complicity in Russian terror” and accused the regime in Tehran of helping to prolong the war and exacerbate its impact on food and energy supplies.

“If it was not for the Iranian supply of weapons to the aggressor, we would be closer to peace now,” Zelenskiy said Sunday evening in his daily address. Earlier, European Commission President Ursula von der Leyen told Zelenskiy on a telephone call that she will this week propose a financial aid package of as much as €18 billion ($17.9 billion) to help cover Ukraine’s needs into next year.

Kyiv and six other regions in northern and central Ukraine are meanwhile facing additional emergency blackouts on Monday due to the growing power shortage following Russian attacks on energy infrastructure.

(See RSAN on the Bloomberg Terminal for the Russian Sanctions Dashboard.)

Ukrainian forces repelled attacks over the past day near eight settlements in the eastern Donetsk and Luhansk regions, Ukraine’s General Staff said on Facebook. The country’s southern operational command said that three Russian munitions depots and a UAV control station were destroyed. Russian troops shelled the Nikopol district in the Dnipropetrovsk region overnight, local authorities said on Telegram. The UK Ministry of Defence said in its latest intelligence update that “Russia’s continued lack of air superiority is likely exacerbated by poor training, loss of experienced crews, and heightened risks of conducting close air support” and that “this is unlikely to change in the next few months.”

Equinor ASA stepped up protective measures around its offshore installations after explosions on the Nord Stream gas-pipeline system and an increase in drone activity around the company’s facilities, according to CEO Anders Opedal.

“It was kind of a stark reminder that someone has an intent and the capabilities actually to do this,” Opedal said in a Bloomberg interview on the sidelines of the UN climate summit in Sharm el-Sheikh.

Ukrainian Defense Minister Oleksii Reznikov thanked the US, Spain and Norway for delivering NASAMS and Aspide air-defense systems, which he said would make the skies over the country safer.

“We will continue to shoot down the enemy targets attacking us,” Reznikov said in a tweet.

Ukraine’s nuclear watchdog said it’s “urgently” assessing the potential impact on the Zaporizhzhia nuclear power plant of any blast damage to the Kakhovska hydroelectric facility and dam that the government in Kyiv has accused Russia of mining.

The report for regulator Energoatom is due no later than Wednesday, according to statement on Telegram. Any damage could cause a significant drop in the level of the Kakhovska reservoir, which supplies water for cooling the Zaporizhzhia plant.

The southern city of Kherson and the surrounding areas are experiencing problems with electricity supply and communications, according to a Ukrainian official for the Russian-occupied region.

Yuriy Sobolevskiy, deputy chairman of the Kherson Regional Council, said in a television interview that forced evacuations are continuing. He also accused Russia of spreading false information about Ukraine apparently planning to blow up a nearby dam, and said Russian forces are laying mines in city infrastructure and looting museums and medical facilities.

German Chancellor Olaf Scholz said that the more than 1 million Ukrainian refugees now registered in Germany are posing a major challenge for cities and municipalities.

In a speech in Berlin, Scholz also referred to an agreement last week with the premiers of Germany’s 16 states to provide an additional €1.5 billion in federal funds this year and next to help cope with the influx.

Georgia’s economy has recovered robustly from the Covid-19 pandemic, while adverse spillovers from Russia’s war in Ukraine have had less impact than expected, according to James John, head of mission for the International Monetary Fund.

Economic growth is projected at 10% in 2022, and inflation at 10.5%, with both expected to slow next year, according to an IMF statement. Tourism revenue, a surge in immigration and financial inflows triggered by the war, as well as a rise in transit trade, have lifted growth and fiscal revenues.

Seizing superyachts belonging to Russian oligarchs has been a public relations success for Western governments, but the legal and financial implications are complex.

The vessels cost millions of dollars a year to maintain and some US and European taxpayers are footing the bill:

US National Security Adviser Jake Sullivan and senior Russian counterparts have held talks in recent months on guarding against the risk of escalation and warn Moscow against using nuclear or other weapons of mass destruction, the Wall Street Journal reported, citing US and allied officials. A settlement of the war in Ukraine wasn’t an aim of the discussions, according to the report.