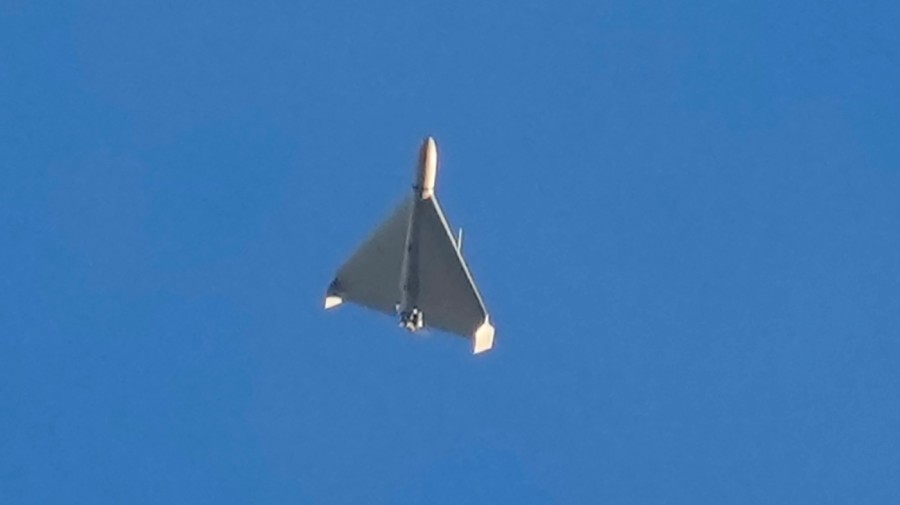 A Taiwanese technology company has halted its business in Iran while it investigates whether it violated international sanctions, as the US ramps up scrutiny of Iran’s military and weapons production amid the Russia-Ukraine war.

The Hill has learned that ATEN International has immediately stopped accepting orders from Iran and exporting their products to the country following concerns raised by the nonprofit group United Against Nuclear Iran (UANI).

UANI’s concerns, and ATEN’s response, points to a larger problem that Iran appears to be sourcing the materials for its drone program despite efforts by the U.S., Europe and other allies to isolate the regime with sanctions.

The U.S. has put numerous sanctions in place to try and target entities and individuals related to Iran’s drone program, in particular as Iran is supplying Russia with drones to use in its war against Ukraine.

UANI is a nonprofit and nonpartisan policy organization that, as part of its activities, counsels and cautions international businesses about the legal, financial and reputational risks of engaging in business with Iran, according to a company spokesperson.

The group earlier wrote to ATEN over concerns that its business with the Tehran-based Raymond Computers was opening it up to possible sanctions violations, citing Hebrew-media reports that showed what appears to be the ATEN logo displayed in a YouTube video promoting an Iranian military test of an unmanned aerial vehicle (UAV), or drone, according to communication obtained by The Hill.

The concerns include that ATEN’s products, including its “Keyboard-Video-Mouse” computer terminal, was bought by the Iranian IT company Raymond Computers, which appears to be in commerce with Iran’s Islamic Revolutionary Guard Corps (IRGC), opening it up to possible violations of U.S. sanctions.

Raymond Computers, and its identified-owner, Ahsan Tajsangrani, do not appear to be listed on the Treasury Department’s sanctions list.

“While we are conducting an internal investigation to examine how and why our KVM (Keyboard-Video-Mouse) products were applied to military use in Iran, we will immediately stop accepting orders from Iran and the export of our products to Iran from now to indicate our sincere concern about this issue,” ATEN wrote in a response to UANI obtained by The Hill.

While ATEN’s headquarters are in Taiwan, the company also has two main branches in the U.S.

ATEN, in responding to an inquiry from The Hill, said that they are actively working with UANI and its CEO, Mark Wallace, to address the concerns the group raised.

The company’s 2021 annual report highlights its ambition to contract with the American government and defense agencies.

“ATEN as a company is committed to abide by applicable laws and regulations with respect to export controls,” the company wrote in its letter. “We will conduct a comprehensive examination on our products to see if they will be mis-used in the field of weapons or explosive devices. If there are any relevant findings from our investigation, we will let you know immediately.”

Seth J. Frantzman, a Middle East military and security analyst and author of the book “Drone Wars,” said Iran has spent decades building up a complex network of front and shell companies to scour components from across the world for its military industrial complex.

“Most of the technology found in Iran’s drones, such as the Mohajer and Shahed families of UAVs, has legitimate civilian uses. This means it is easier for Iran to acquire engines, chips, cameras or other elements for its drones,” Frantzman said.

“In cases where Iran doesn’t want to rely on a foreign supplier in Europe, it may reverse engineer the gadgets, or find ways to have them manufactured in places like China.”

The Wall Street Journal reported earlier this month that a majority of the Iranian aircraft parts recovered in Ukraine were found to be manufactured by companies in the U.S., Europe and other allied states, citing an independent analysis by a Ukrainian research firm that has scrutinized downed, and other destroyed Iranian drones in Ukraine.

The U.S. has sought to intensify its sanctions campaign against Iran specifically targeting its drone program since Russia began buying up the unmanned war machines and deploying them in Ukraine.

Moscow has put the Iranian drones to devastating use in Ukraine, launching the UAVs as part of larger missile strikes, overloading Ukrainian air defenses and ensuring that such explosives reach their targets. One day of attacks killed at least a dozen people across the country.

The U.S., allies and United Nations officials have criticized Russia as deliberately targeting civilian critical infrastructure, including energy and water supplies, in what could amount to a violation of international law or war crimes.

The Biden administration last week issued sanctions targeting actors involved in the production and transfer of Iranian drones to Russia for use in Ukraine.

This is on top of sanctions issued in September targeting Iran’s drone program, in a move they said was because intelligence showed Russia was buying drones from Tehran to use in Ukraine.

The U.S. also issued sanctions in October 2021 targeting Iran’s drone program for what they said at the time was the targeting of “U.S. forces, our partners, and international shipping” in the Middle East and Gulf.

Close U.S. partners like Saudi Arabia and the United Arab Emirates are also on the receiving end of devastating drone attacks allegedly sponsored by Iran.

Riyadh has also blamed Iran for Houthi-claimed drone attacks, the most devastating against its state-owned oil company Aramco in September 2019.

Frantzman said it is extremely difficult to cut off all the ways that Iran can acquire components for its drones.

“Not only because Iran has friendly countries that want to help it evade sanctions, but because it’s difficult to monitor when civilian-use equipment is sent to third parties who then may sell It, unwittingly, on to Iran,” he said.

“It is unsurprising Iran’s drones are full of components from companies around the world. Even if one supply chain is cut off, Iran has proven adept at finding new sources for its UAVs.”