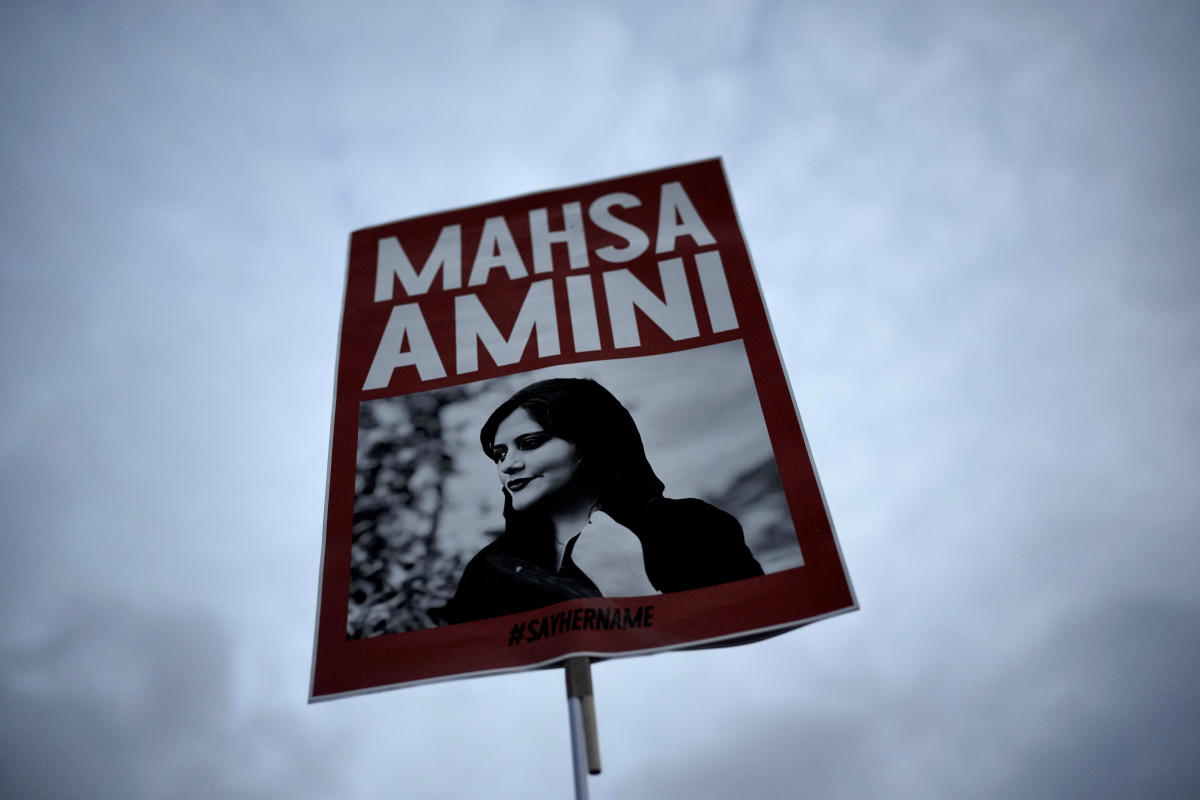 LONDON (AP) — As anti-government protests roil cities and towns in Iran for a fourth week, tens of thousands of Iranians living abroad have marched on the streets of Europe, North America and beyond in support of what many believe to be a watershed moment for their home country.

From those who fled in the 1980s after Iran’s 1979 Islamic Revolution to a younger generation of Iranians born and raised in Western capitals, many in the diaspora community say they feel an unprecedented unity of purpose and affinity with the demonstrations at home sparked by the death of a 22-year-old woman detained by Iran’s morality police.

“I see this as a turning point for Iran in many ways — we’ve always had political fault lines that divided us, but this time it’s people saying, ‘I’m with women’,” said Tahirih Danesh, 52, a human rights researcher who lives and works in London. “It’s phenomenal, it’s happened at such speed, and this sense of camaraderie among Iranians has been amazing.”

In the past month, large crowds of people of Iranian origin in dozens of cities from London to Paris to Toronto have turned out every weekend for rallies in solidarity with protests that erupted in Iran after Mahsa Amini died in custody after she was detained for allegedly violating strict Islamic dress codes for women.

Many say they have been kept awake at night by a mixture of hope, sadness and apprehension – hope that their country may be on the brink of change after decades of oppression, and fear that authorities will unleash more violence in an increasingly brutal crackdown that has seen dozens killed and hundreds arrested.

Some, like Danesh –- whose family smuggled her and her siblings out of Iran in the 1980s to escape persecution — say the images of protesters being violently suppressed by authorities recall afresh the trauma of similar scenes around the time of the 1979 Islamic Revolution.

“I’m thousands of miles away, it’s 40 years later but the images I see are bringing it all back, it’s as if I’m reliving it again,” Danesh said.

While Iran has seen waves of protest in recent years, many agree that this time the resistance feels broader in nature and in scope because it challenges the fundamentals of the Islamic Republic. Some say they have never seen the likes of global solidarity for Iran shown by politicians, intellectuals and celebrities, many of whom have cut off locks of their hair in a gesture of support of Iranian women.

“Before, many of us outside had a distanced view of what’s happening inside, we couldn’t find the same connection. But today Iranians inside are calling for fundamental change. They’re saying ‘retrieve my Iran’,” said Vali Mahlouji, 55, an art curator in London who left Iran in the 1980s. He said he is self-exiled because his work deals with censored artists and art history.

“This unites every Iranian I know, all the different generations of exiles,” he added. “People who have been out of Iran most of their lives are feeling restless and sleepless. I don’t know anyone who is not sympathetic, and of course, not worried.”

The Iranian diaspora is large, including not just those who fled soon after the 1979 revolution, but also later waves leaving Iran because of continued repression or economic woes. More than half a million live in the U.S., and France, Sweden and Germany have communities in the hundreds of thousands, with major centers in Los Angeles, Washington, London, Paris and Stockholm.

In Paris, 28-year-old Romane Ranjbaran was among thousands last week who came out despite a heavy downpour and marched, sang and chanted “Khamenei get out” in Persian and French, referring to Iran’s Supreme Leader Ayatollah Ali Khamenei. Several women cut off locks of their hair and threw them in the air joyfully.

Ranjbaran, who grew up in France, said she felt “stricken” by what’s happening in Iran.

“Iran is part and parcel of my history. My mom has known a free Iran when women were free,” she said, as her mother and other family members stood by her side at the rally. “It’s an international fight. If we want the situation in Iran to improve, we need international support.”

The 1979 revolution ousted the U.S.-backed shah, the monarch whose rule was resolutely secular but was also brutally repressive and plagued with corruption. The revolution joined leftists and other political factions including Islamists, who after the shah’s fall seized total power and created the Islamic Republic, ruled over by Shiite Muslim clerics.

Some expatriates have been wary of joining protests because they have family in Iran and regularly travel back and forth. Some raised concerns about the suspected presence of Iranian intelligence agents or extremist factions.

Others say they felt some unease about the protests’ aims beyond the unifying cry of “Women, Life, Freedom” and the leaderless nature of the protests.

“I love my country, I want to show support, but every time I go I’m also confused because in every corner of the demonstrations there’s a different chant,” said Amanda Navaian, a luxury handbag designer in her early 40s who has attended all the recent weekend rallies in London.

Navaian said she wanted to attend protests “for as long as it takes,” and has even made plans to potentially organize one herself. She wasn’t sure demonstrations abroad will make a real difference, but she said it was crucial “to show we care.”

At the very least, she knows she is doing something to dispel what she described as pervasive negative perceptions of Iran and Iranians.

“Islam was forced upon us, this extremism is not who we are. Our country has been hijacked — we were a country of music, dance and poetry,” Navaian said.

“People were coming up to me in Trafalgar Square to ask, ‘What are you doing?’ and I explained why we were there,” she added. “Through these demonstrations there’s more awareness. Maybe now the international community should wake up to what’s happening.”

Jade Le Deley in Paris contributed to this report.

Does Israel need to prepare? Who attacked Iran and what Tehran’s response will be