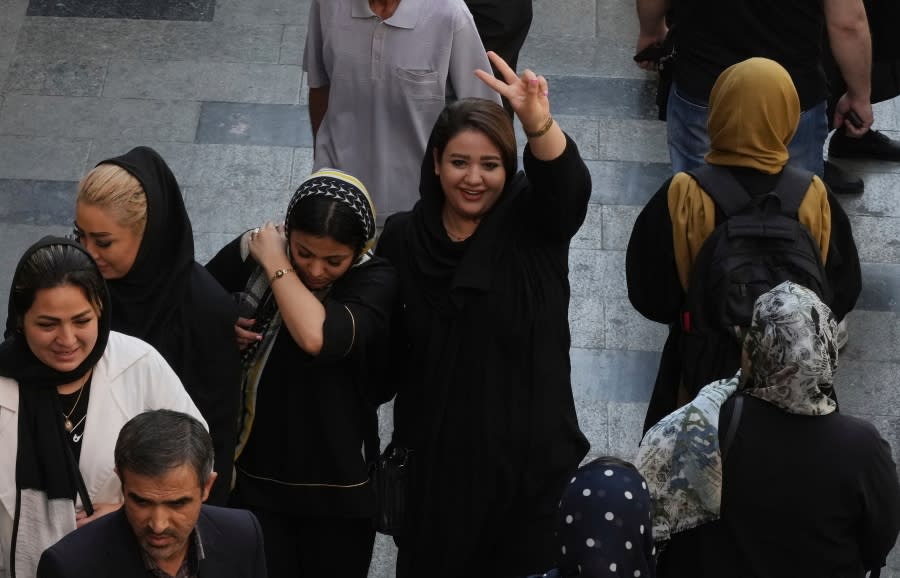 Mass protests across Iran following a 22-year-old woman’s death while being held by the country’s morality police have killed at least 185 people, according to a human rights group.

Iran Human Rights said the deaths include at least 19 children, with the highest number occuring in the Sistan and Baluchistan province, which is located in Iran’s southeast.

The protests began after the death of Mahsa Amini, who died while in custody of Iran’s morality police allegedly for too loosely wearing her hijab. The country requires women to wear a headscarf that completely covers their hair in public.

Amini’s family said she was “severely beaten” while in custody, although Iranian officials have said she died from a heart attack, sparking protests across the country for weeks that have involved some women burning their hijabs and publicly cutting their hair.

Mahmood Amiry-Moghaddam, the founder of the Norway-based Iranian human rights group, called for the formation of a United Nations international mission to prosecute and hold accountable leaders who perpetrated the alleged deaths.

The group said protesters have been killed in 17 of Iran’s 31 provinces, with large numbers reported in the Mazandaran, Gilan and Western Azerbaijan provinces.

Iran Human Rights said the deaths were especially pronounced on Sept. 30, when people gathered in the city of Zehedan after Friday prayer to protest against the alleged rape of a 15-year-old girl by a city police chief.

Other groups have reported the death count from that protest, dubbed “Zahedan’s Bloody Friday,” as high as 90.

Iran Human RIghts said four citizens were also shot and killed on Oct. 3 from a military helicopter in north Zahedan while driving in an open-roof car.

“It is important to note that efforts to verify many of the reported deaths are hindered by security issues and the internet shutdown,” the group said in its statement. “As such, many of the reported killings are still under investigation and the exact number of those killed is higher.”

The protests seek to push back on what demonstrators see as the morality police’s heavy-handed enforcement of Iran’s dress code and violent treatment of young women.

The morality police stepped up their enforcement under Iranian President Ebrahim Raisi, a hardliner who started in office last year after the departure of a more moderate, term-limited president who oversaw a more lax enforcement.

Afghanistan, under Taliban control, is the only other nation to actively enforce a similar law. Saudi Arabia and other countries have softened enforcement of dress restrictions in recent years.