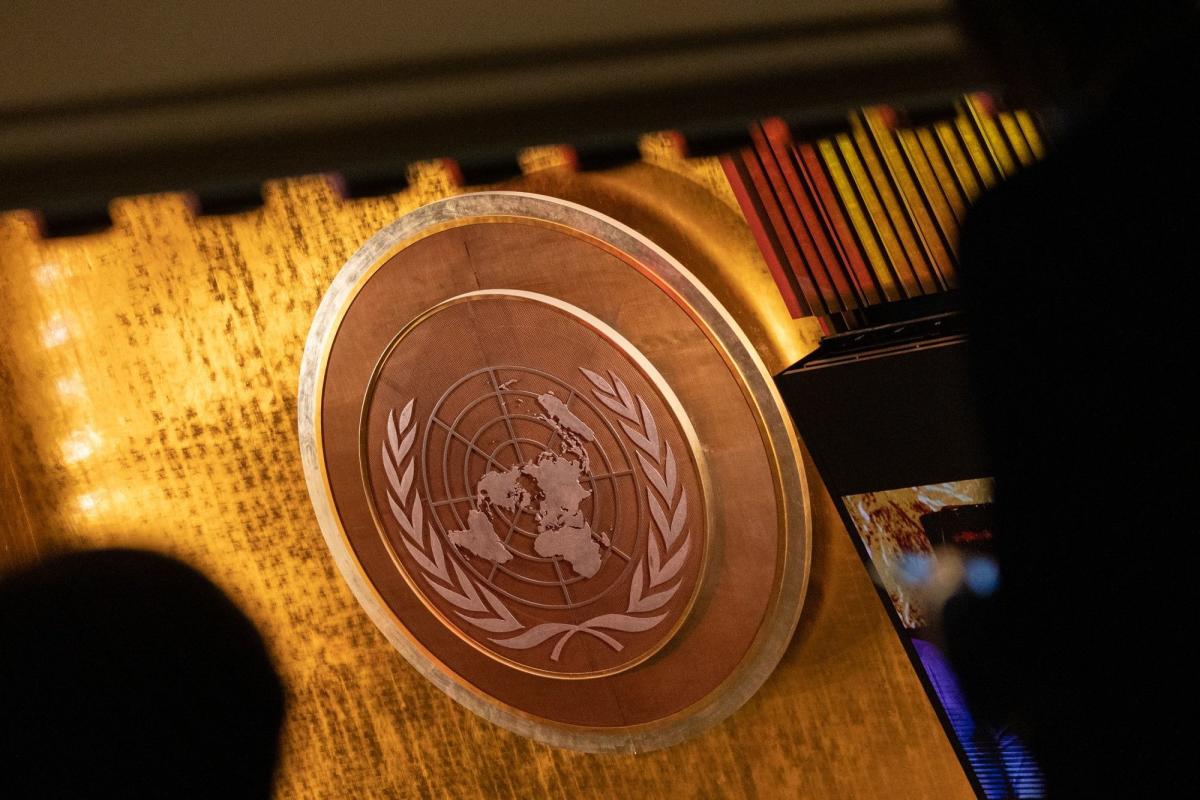 (Bloomberg) — World leaders will have a chance to meet in person as the United Nations General Assembly kicks off this week. The war in Ukraine will be a key theme of the diplomatic gathering, which takes place right after the funeral of Queen Elizabeth II.

US President Joe Biden will speak on Wednesday, a day later than originally intended, while the new UK prime minister, Liz Truss, will make her international debut. Notable no-shows include China’s Xi Jinping and Russia’s Vladimir Putin, whose last appearance in person was in 2015.

First up to the green marble podium is Brazilian President Jair Bolsonaro, who is facing a tough election in two weeks. The highlights of the day will be French President Emmanuel Macron, German Chancellor Olaf Scholz and Turkish President Recep Tayyip Erdogan, whose words will be closely watched given his role as an intermediary between Russia and Ukraine.

Click here for the full schedule of speakers on Tuesday.

Iran’s President Ebrahim Raisi is in New York for UNGA as protests roil the streets of Tehran following the death of a young woman who fell into a coma after being detained for flouting Islamic dress codes by the so-called “morality police.”

Mahsa Amini’s death has drawn widespread condemnation. The incident, which has sparked some of the biggest unrest in Iran since the November 2019 fuel protests, could overshadow Raisi’s visit and any efforts to break the latest deadlock in Tehran’s indirect talks with Washington to revive the 2015 nuclear deal. Thousands of Iranian-Americans are planning to protest Raisi’s presence at the UN outside its headquarters.

Russia should return occupied territory to Ukraine as part of a peace settlement, Turkish President Recep Tayyip Erdogan said in an interview with PBS in New York, adding that he had “very extensive discussions” with President Vladimir Putin last week in Uzbekistan.

“He is actually showing me that he’s willing to end this as soon as possible,” Erdogan, who has pushed Turkey as a mediator in the conflict, told the broadcaster. “That was my impression, because the way things are going right now is quite problematic.”

Ukrainian Foreign Minister Dmytro Kuleba urged western nations to supply more weapons so his government can press ahead with its counteroffensive against Russian forces.

Kuleba said in an interview Monday with Bloomberg Television that Ukraine wants to add to its recent territorial gains and deny Russian President Vladimir Putin any strategic advantage gained since his army invaded on Feb. 24.

Liz Truss is on her first foreign trip as the newly-installed prime minister following ten days of mourning for Queen Elizabeth II. Hers is the most high-profile UN debut. She comes to power at particularly tumultuous political period for the UK. For any UK leader, coming to America involves face time with the president. She and Joe Biden crossed paths in London for the Queen’s funeral but a more formal encounter won’t happen until Wednesday.

She also plans to meet French President Emmanuel Macron and the European Union’s Ursula von der Leyen against the backdrop of UK threats to rip up the post-Brexit trading arrangements in Northern Ireland.