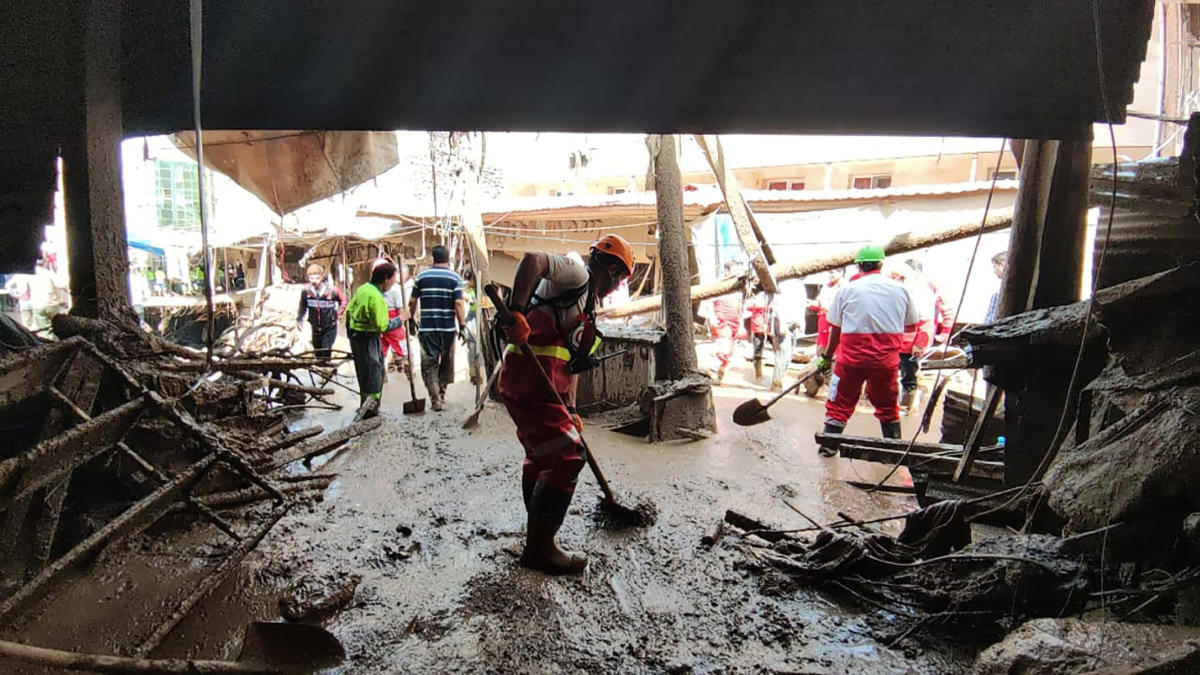 State TV reported that the heavy rains in the early hours of the day caused flash floods and then landslides in a neighborhood at the foothills of the Alborz mountain range. In 2015, a flash flood in the same area killed at least 14 people.

Rescue teams were deployed at the scene, and nine people were also injured in the incident. A religious shrine, Imamzadeh Davood, was also damaged.

The state-run IRNA news agency reported that rescue operations were still underway at the site, with rescue workers struggling to find at least 14 people missing after the landslide.

IRNA said that so far, 18 out of Iran’s 31 provinces, have been are affected by floods.

Meanwhile, the semi-official ISNA news agency said that flash floods killed five people in the southeastern province of Sistan and Baluchistan while one person died in the town of Rudehen, east of Tehran.

On Saturday, flash floods in Iran’s drought-stricken southern Fars province killed at least 21 people and affected about a dozen villages in the province.

Iran carries out first execution of man arrested during protests

Iran carries out first execution of man arrested during protests