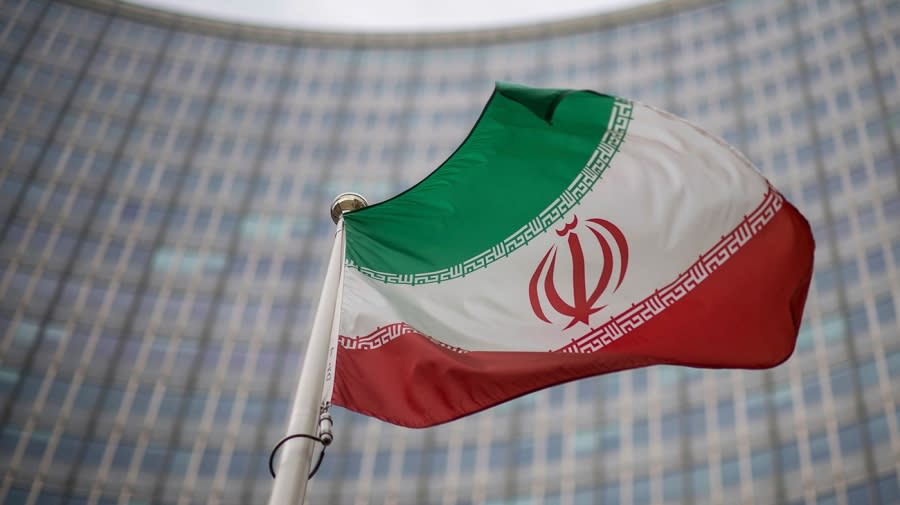 Senators in both parties briefed recently by senior Biden administration officials on negotiations with Iran say they doubt Tehran will agree to any new deal to limit its development of nuclear weapons.

Lawmakers say the administration has an offer on the table, but that Iran is showing little willingness to reestablish the Joint Comprehensive Plan of Action (JCPOA), which placed significant restrictions on its nuclear program in exchange for sanctions relief.

Former President Trump unilaterally withdrew the United States from the 2015 deal, which was one of President Obama’s biggest foreign policy accomplishments.

Biden officials said in January that they were on the cusp of restoring the agreement but cautioned at the time that it would be up to Tehran to accept it.

Four months later, Iran still hasn’t shown any serious interest in accepting the offer from the United States and its European allies, which means one of President Biden’s top foreign policy priorities remains in limbo.

“I’m not optimistic there will be such a deal. The administration believes that strategically it makes sense to keep the offer on the table, but I don’t see the pathway forward. That’s my own view,” Senate Foreign Relations Committee Chairman Bob Menendez (D-N.J.) told The Hill.

Menendez said accepting a new accord is a divisive proposition within Iran’s political establishment, which is making it difficult to revive the JCPOA.

“I think there’s conflict inside Iran, so there’s no clear pathway forward,” he said.

Sen. Ben Cardin (D-Md.), a senior member of the Foreign Relations Committee, said, “You just don’t know what the Iranians are thinking.”

“My guess is at this stage that it is unclear whether the Iranians want a deal or not. There’s some disagreements within Iran itself,” he said. “The U.S. has put forward a proposal. The ball is really in the Iranians’ court.”

A senior Republican senator on the Foreign Relations panel who attended the administration’s briefing Wednesday on the talks said the prospects of a deal are “not encouraging.”

And Sen. Jim Risch (Idaho), the senior Republican on Foreign Relations, said he didn’t know what was happening in the talks when they started but has now been brought up to date.

“I do know where the negotiations stand and they should’ve been over. They promised us it was going to end in February if there wasn’t a deal,” he said, referring to what some senators thought was an assurance by administration officials not to let the talks drag on without buy-in from Iran.

Several senators said there are signs that Iran doesn’t want to cooperate with Western allies by allowing oversight of its nuclear program.

Iran earlier this month turned off two surveillance cameras used by the U.N.’s International Atomic Energy Agency to monitor one of its nuclear facilities.

The United States, Britain, Germany and France submitted a draft resolution to the U.N. earlier this month criticizing Iran for not explaining why trace amounts of uranium were found at undeclared nuclear sites.

One senator who requested anonymity to discuss the negotiations said Iran is making “an unreasonable demand” of the administration by asking it to waive the designation of its Islamic Revolutionary Guard as a foreign terrorist organization as part of any new nuclear deal.

“The odds of them getting a deal without relinquishing on that is tiny,” the lawmaker said of Iran’s demand.

The Biden administration has so far refused the request.

The senator also cited the shutoff of U.N. monitoring cameras as troublesome.

“The administration has publicly said they’re still willing to negotiate to a JCPOA 2.0, but the actions taken by the Iranian regime make that harder and harder every day,” the lawmaker said. “I do not think a deal is imminent.”

Some foreign policy experts think that Iran is less desperate for sanctions relief than it was during the Obama administration because it’s collecting substantial revenues through oil exports.

Iran’s central bank reported in February that it had made $18.6 billion in oil sales during the first half of the Persian year, even before Russia’s invasion of Ukraine and the subsequent embargo of Russian oil exports sent prices soaring.

Danielle Pletka, a senior fellow at the American Enterprise Institute specializing in foreign policy and defense policy, said “the problem is the ball’s in Iran’s court.”

She said the administration has “given up a ton” in concessions to get Iran to agree to a new JCPOA but so far without success.

“The Iranians haven’t shown any sign of shifting,” she said. “They’re exporting vast amounts of oil at this moment.

“Plus they’re doing illicit business with the Russians, and that’s earning them some money,” she added. “From their perspective, the geopolitical circumstances are going to be advantageous to Iran and to their entire notion of a resistance economy. They’re going to be part of this network with China and Russia that will be able to do business together.”

The United States last month announced it would place sanctions on an oil-smuggling network supported by senior Russian government officials and ones in Iran’s Islamic Revolutionary Guards’ Quds Force.

Senators sent a strong signal to the administration on its talk with Iran in early May when a bipartisan majority voted for a motion sponsored by Sen. James Lankford (R-Okla.) prohibiting the president from lifting the foreign terrorist organization designation from the Islamic Revolutionary Guard Corps.

Lankford said the motion was intended to send a message from the Senate that “we do not want the United States to make a nuclear deal with Iran that ignores their past behavior and their present intentions.”

Iran edge Lebanon in U16 Women’s Asian Championship Division B