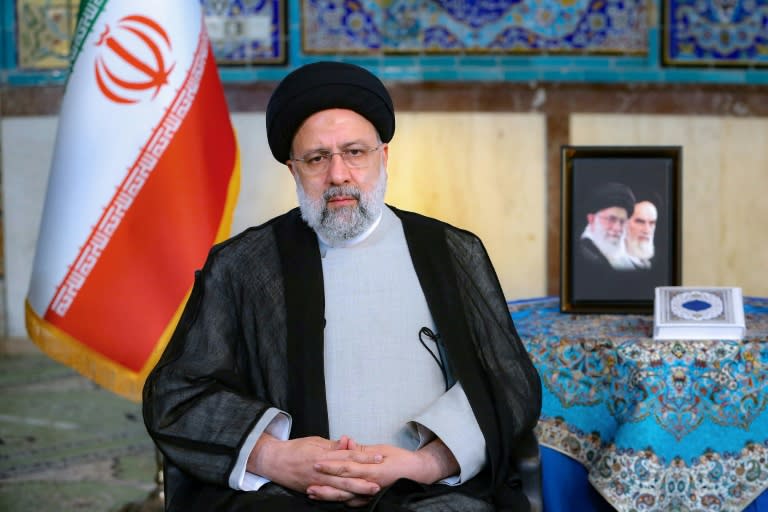 Iran will avenge the killing of a Revolutionary Guards colonel who was shot dead in Tehran, President Ebrahim Raisi warned on Monday.

Assailants on motorcycles on Sunday hit Colonel Sayyad Khodai with five bullets as he sat in his car outside his Tehran home.

Iran blamed “elements linked to the global arrogance”, its term for its arch enemy the United States and Washington’s allies including Israel.

It was the most high-profile killing inside Iran since the November 2020 murder of top nuclear scientist Mohsen Fakhrizadeh.

Raisi said: “I insist on the serious pursuit (of the killers) by security officials, and I have no doubt that the blood of this great martyr will be avenged.

“There is no doubt that the hand of global arrogance can be seen in this crime,” he added, echoing the Guards’ assertion the previous day.

He was speaking just ahead of visiting Oman, where he was to meet Sultan Haitham bin Tariq.

A memorial service for Khodai was scheduled in Tehran at 5:00 pm local time (1230 GMT), though it was not yet clear where or when he would be buried.

The Islamic Revolutionary Guard Corps — the ideological arm of Iran’s military — described Khodai as a “defender of the sanctuary”, a term used for those who work on behalf of the Islamic republic in Syria or Iraq.

State television noted that Khodai was “known” in Syria, where Iran has acknowledged deploying “military advisers”.

The official news agency IRNA said Khodai was killed by five bullets as he returned home at around 4:00 pm on Sunday (1130 GMT).

The agency published pictures showing a man slumped over in the driver’s seat of a white car, with blood around the collar of his blue shirt and on his right arm. He was strapped in with his seat belt, and the front window on the passenger side had been shot out.

The Fars news agency reported that the state prosecutor had visited the scene of the killing and ordered the “quick identification and arrest of the authors of this criminal act”.

The Guards said they had arrested several “thugs linked to the intelligence agency of the Zionist regime,” as Iran calls its enemy Israel.

A statement said the suspects had been involved in a series of crimes, including “robberies, kidnappings and vandalism”.

“The dimensions of this assassination are being investigated,” said the spokesman for the joint chiefs of staff of the Iranian armed forces, General Abolfazl Shakarji.

Khodai’s killing came as negotiations between Iran and world powers to restore a frayed 2015 nuclear deal have stalled since March.

One of the main sticking points is Tehran’s demand to remove the Guards from a US terrorism list — a request rejected by Washington.

The 2015 agreement gave Iran sanctions relief in exchange for curbs on its nuclear programme to prevent Tehran from developing an atomic bomb — something it has always denied wanting to do.

But the nuclear agreement was left hanging by a thread after then US president Donald Trump pulled out of it unilaterally in 2018 and reimposed biting economic sanctions on Tehran, prompting Iran to begin rolling back on its own commitments.