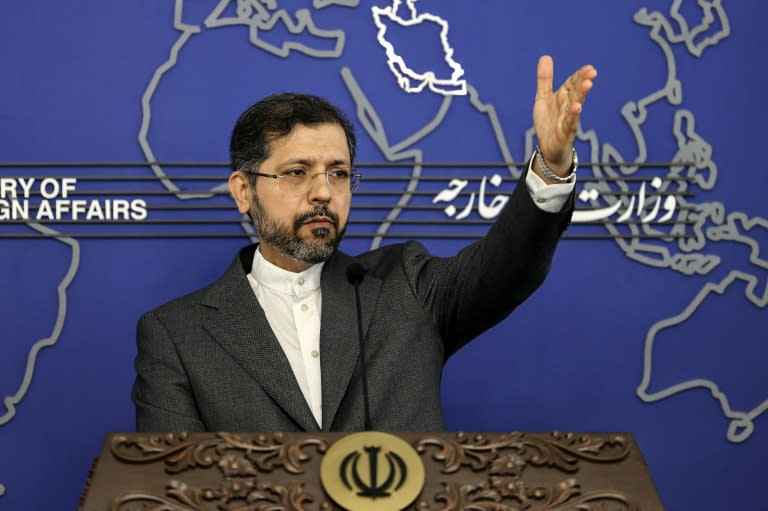 Iran said on Monday it awaited the US response to “solutions” discussed with the EU envoy for breaking a stalemate in talks aimed at restoring the 2015 nuclear deal.

The negotiations, aimed at bringing the US back into the deal and Iran to full compliance with it, had stalled for about two months.

“If the US gives its response to some of the solutions that were proposed, we can be in the position that all sides return to Vienna,” where the talks are held, he added during his weekly press conference.

Iran has been engaged in direct negotiations with France, Germany, Britain, Russia and China to revive the deal, known formally as the Joint Comprehensive Plan of Action (JCPOA). The US has participated indirectly.

The 2015 agreement gave Iran sanctions relief in exchange for curbs on its nuclear programme to prevent Tehran from developing an atomic bomb — something it has always denied wanting to do.

But the US unilateral withdrawal from the accord in 2018 under then-president Donald Trump and the reimposition of biting economic sanctions prompted Iran to begin rolling back on its own commitments.

“If the US announces its political decision today, which we have not yet received, we can say that an important step has been taken in the progress of the negotiations,” Khatibzadeh noted.

Among the sticking points is Tehran’s demand to remove the Revolutionary Guards, the ideological arm of Iran’s military, from a US terrorism list.

Washington, however, has adopted a less optimistic tone. State Department spokesman Ned Price said on Friday that “at this point, a deal remains far from certain.”

He added: “It is up to Iran to decide whether it wants to conclude a deal quickly.”

Talks on reviving the agreement began in April last year.

The valleys of Assassins, a drive back in time

The valleys of Assassins, a drive back in time