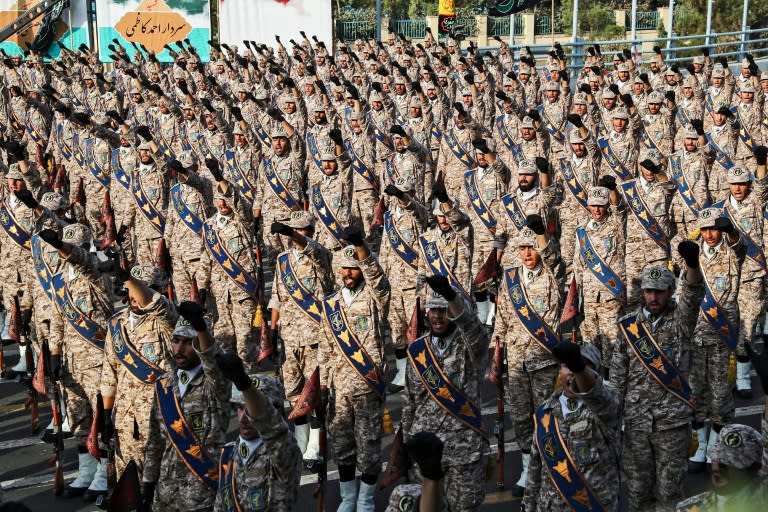 Iran’s Revolutionary Guards seized two Greek oil tankers in the Gulf Friday, days after Athens confirmed it would deliver to Washington Iranian oil it had seized from a Russian tanker.

“The IRGC naval forces today (Friday) seized two Greek oil tankers in the Persian Gulf due to violations that were committed,” the Guards — the ideological arm of the military — said in a statement on their official website.

It did not elaborate on what the “violations” were.

One of them, the Delta Poseidon, was sailing in international waters at the time, the ministry said.

A spokeswoman for the Athens-based company Polembros identified the second tanker as the Prudent Warrior.

“The ship has been seized by the Iranian authorities. We have no communication with them at this time,” she told AFP.

The Greek foreign ministry said the second tanker was near the Iranian coast when seized.

The ministry said nine Greeks were among the crews of the two vessels, but did not give a number for the other sailors on board.

Iran’s action against the Greek-flagged tankers marks a sharp escalation in a diplomatic row that has raged since Greece seized a Russian-flagged oil tanker and its Iranian cargo last month.

Iran’s foreign ministry demanded earlier Friday that Greece release the vessel, saying the planned transfer of its cargo to the US was a “clear violation” of international law.

Athens confirmed on Wednesday it intended to send the 115,000 tonnes of Iranian oil from the tanker Pegas to the United States at the request of the Treasury which overseas the enforcement of US sanctions on Iran.

Iran’s foreign ministry summoned the Swiss charge d’affaires, whose country has handled US interests in Iran ever since ties were cut between Tehran and Washington following the 1979 Islamic revolution.

The ministry protested “the US government’s pressure and intervention” that led to the seizure of the ship by Greek authorities last month.

EU member Greece said at the time it was enforcing sanctions the bloc had imposed on Russia following its invasion of Ukraine in February.

Iran accused the United States of a “clear violation of the law of the sea and the relevant international conventions” and “called for the immediate lifting of the seizure of the ship and its cargo.”

A source in the Greek coastguard told AFP the transfer of the cargo to a Liberian-flagged vessel for onward delivery to the United States had began on Thursday.

The operation is going to “take some days”, the source added.

The Iranian foreign ministry already summoned the Greek charge d’affaires to protest the seizure on Wednesday.

The United States reimposed crippling sanctions on Iran after then president Donald Trump pulled out of a nuclear agreement between Tehran and major powers in 2018. Its once-lucrative oil exports are a major target.