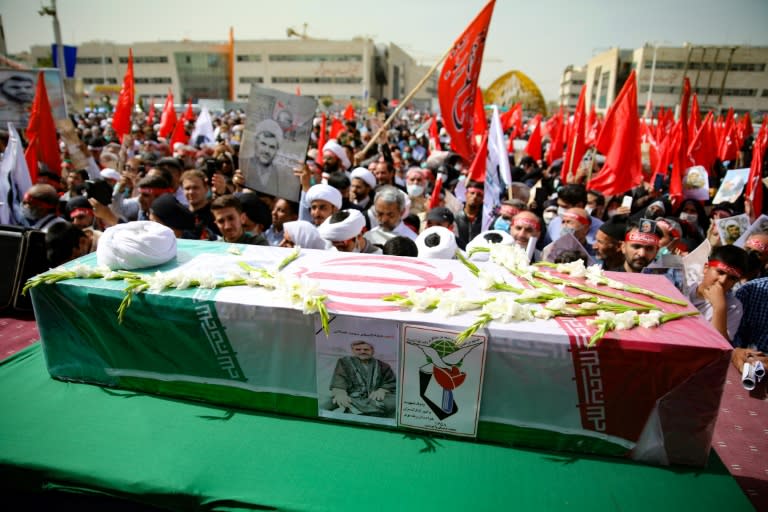 A suspected jihadist attack at a revered shrine in Iran has claimed the life of a second Shiite Muslim cleric, state television said on Thursday.

The death of Sadegh Darai was reported as thousands of mourners attended the funeral of another Shiite cleric, Mohammad Aslani, stabbed by the same suspected Sunni extremist.

A third cleric was wounded in Tuesday’s attack at the Imam Reza shrine in Iran’s second-largest city of Mashhad, during the Muslim holy month of Ramadan.

He was buried in a plot reserved for “martyrs” in the sanctuary’s courtyard.

The assailant stabbed one of the victims 20 times, according to Tasnim news agency.

The chief suspect has been identified as Abdolatif Moradi, 21, an ethnic Uzbek who had entered Iran illegally via the Pakistani border a year ago, Tasnim said.

Moradi had “worked in transport” in a poor city district and had been active on social media using pseudonyms including Abdolatif al-Salafi to “spread takfiri ideology and confront Shiites”, it said.

President Ebrahim Raisi has blamed the knife attack on the influence of US-based “takfiri” groups — a term used for Muslims who brand others as apostates, condemning them to death, and usually referring to Sunni extremists.

The assailant struck on Iran’s third day of Ramadan. Large crowds of worshippers had gathered at the shrine of Imam Reza, one of the most revered figures in Shiite Islam.