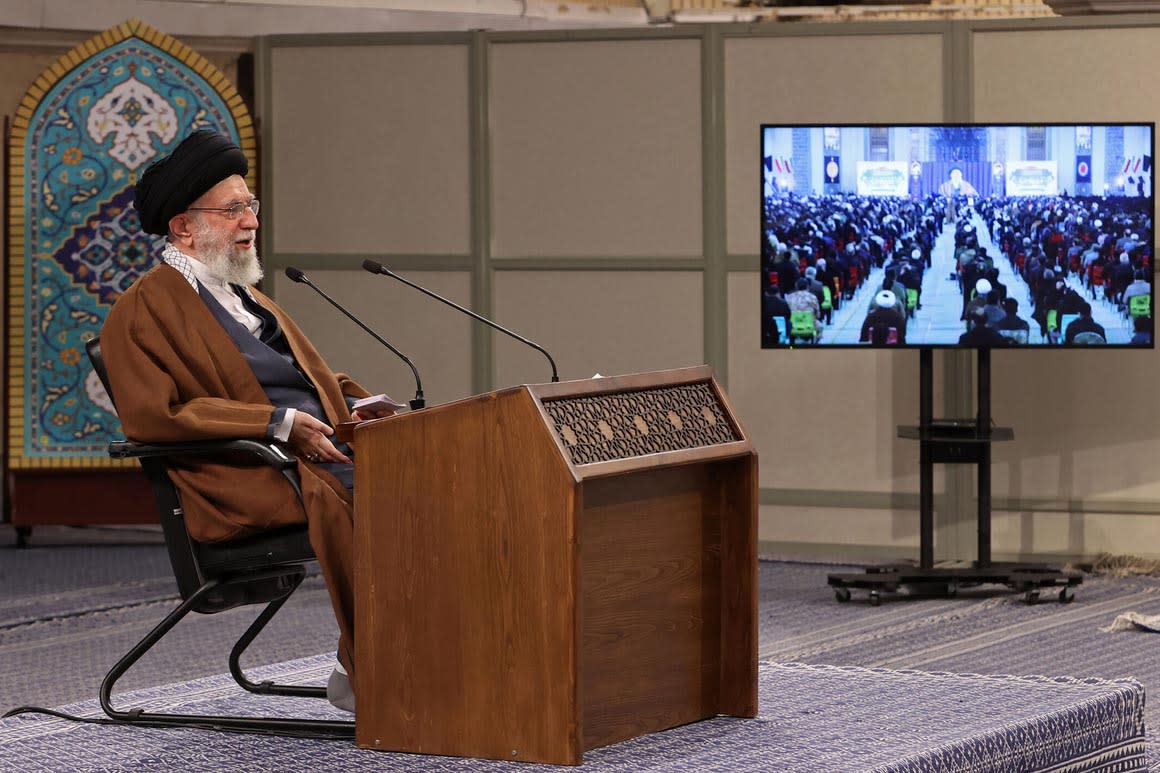 If the rumors coming out of Vienna are correct, the Biden administration is close to an agreement on a new nuclear deal with Iran that will have many of the same flaws as the old nuclear deal. The original Joint Comprehensive Plan of Action allowed Iran to maintain its nuclear infrastructure, from advanced centrifuges to a robust research and development plan. Now, though the fate of a follow-on deal remains uncertain, it seems diplomats in Vienna are looking to ink an agreement with the same basic problem.

This predicament reflects not just short-term diplomatic struggles, but also a deeper reality: The era of nuclear diplomacy with Iran is over. The Islamic Republic has made clear it will not settle for any accord other than a permissive one that allows it to continue essential atomic activities. The country has made important advances in its nuclear program, particularly in centrifuge construction and R&D, that it is unwilling to give up. In contrast to the lead-up to the JCPOA in 2015, Iran’s program today is more advanced and its leadership’s priorities are different. While former President Hassan Rouhani believed the JCPOA would pave the way for Iran’s integration into the global economy, the new regime is less impressed by financial and economic incentives.

Thus, the basic formula of nuclear negotiations with Iran — financial relief in exchange for nuclear concessions — has run its course. Instead of gathering at monthslong diplomatic conclaves and repeatedly hashing over the same details, it’s time America accepts the end of the JCPOA.

But paradoxically, though the United States can no longer negotiate restraints on Iran’s nuclear program, it may be able to impose them. The U.S. should recognize it has a different, more effective form of leverage: Iran’s track record of fearing and respecting U.S. military power. The Biden administration should walk away from the talks and prepare for military action against Iran if its nuclear program crosses certain red lines.

Iran today is not the same as the Iran that made the deal in 2015. The Biden team persists in believing that Supreme Leader Ali Khamenei and President Ebrahim Raisi make the same cost-benefit-assessments they themselves are used to, and that fear of economic stagnation will cause them to yield on the nuclear issue. To be sure, Iran’s leaders do want sanctions lifted, but they are unwilling to concede much of their nuclear program to obtain relief. In this sense, we miscast Iran’s leaders by assuming they are driven by bottom lines.

Iran’s domestic vulnerabilities are beyond dispute. Its economy reportedly suffers from a 40 percent inflation rate, while millions are living below the poverty line. Amid work stoppages and protests, nearly every segment of society has become disenchanted with theocratic rule. Khamenei’s plan to manage this is the “resistance economy,” whereby Iran would wean itself from oil exports and rely instead on trade with regional states and China (the “eastern orientation,” which calls for cultivating close ties to China, is the new buzzword in Tehran’s corridors of power). This plan is designed not to generate growth but to immunize Iran from Western economic pressures. It’s possible Khamenei and Raisi may eventually find they have miscalculated, if the depth of popular disaffection causes the collapse of their regime. But at this point, they are unmoved by financial penalties or by the promise of economic relief.

There was always little to justify the JCPOA, but in 2015, optimistic Americans could have assured themselves that an accord transacted with the more pragmatic Rouhani would solidify moderates’ control of Iran. And it’s true that the accord did impose some limits on the country’s nuclear program. But Iranian negotiators at that time needed about seven years to develop their advanced centrifuge technologies and that is precisely the timeline they negotiated. Today, Iran’s nuclear infrastructure has advanced even further, and reactionaries with a radically different worldview hold all the levers of power. With little concern for the welfare of their public, they have proven to be ardent imperialists above all. Nuclear weapons are critical to this imperial mission, since they would allow Iran to impose hegemony on the Middle East on the cheap.

But what differentiates Khamenei from rash Middle Eastern despots such as Saddam Hussein and Muammar Qaddafi is his appreciation of America’s hard power. He is the longest-serving ruler in the region, and this longevity has come partly by avoiding a direct armed clash with the United States. Iran has gained much by being patient and pressing forward incrementally.

History shows that Iran retreats when threatened by the United States in a meaningful manner. In 2003, America marched triumphantly into Iraq, not long after George W. Bush castigated Iraq and Iran as members of an “axis of evil.” The Iranian establishment was shocked at how quickly America defeated the Iraqi army, and agreed to shutter its nuclear program. The lesson was that the regime does retreat, but only when it fears armed conflict with America.

In its own way, the Trump administration also demonstrated the impact of American military power on Iran. When Trump ordered the assassination of famed Iranian commander Qasem Soleimani, there was little by way of Iranian retaliation: Iran’s only response was to attack an American military base, with advance notice and in a manner that did not inflict fatalities. Revolutionary Guard General Amir Ali Hajzadeh has since revealed the reasons behind Iran’s timidity, asking “Would [war with the US] be logical?” and noting that such an outcome could mean “ a 10- or 20-year setback” for Iran. To be sure, Iran’s proxies have resumed sporadic attacks on U.S. bases, but the mullahs have stopped short of causing American deaths, which would surely invite further retaliation.

It may be surprising given the difficulty of the negotiations thus far, but the U.S. in fact faces a weak adversary with a history of conceding to a menacing America. The problem with U.S. strategy is that it has overemphasized financial weakness rather than military and diplomatic weakness. Despite the credibility loss that resulted from the United States’ ignominious withdrawal from Afghanistan, America’s military power still dwarfs all of its competitors. Should America apply that power with determination and discipline, it can still impose its mandates on weakened adversaries such as Iran.

Thus, the task at hand is not to concoct another deficient interim arrangement whereby Iran gets a massive injection of funds. The U.S. should simply draw its red lines and insist that any violation of them will lead to military retaliation.

For red lines to be credible, they cannot be extravagant. The most important prohibition must be the cessation of production and installation of advanced centrifuges. A new deal seems unlikely to include such a provision, and Iran is free to move forward with construction of centrifuges as the sunset clauses of the JCPOA, which was always an interim agreement, begin to expire. Iran would need only a small number of these machines to develop weapons-grade uranium and thus can conceal them in small warehouses that would escape detection by even the most intrusive inspection regime.

A second red line must be insisting that Iran ship its existing enriched uranium, even at low levels, abroad, most likely to Russia. Finally, the Islamic Republic must not be allowed to develop missiles capable of carrying a nuclear payload. The United States needs to publicly declare that if its intelligence services detect these things happening, it will use military force against Iran. These restraints, imposed unilaterally, need not be purchased with sanctions relief nor will they expire after passage of time.

Red lines should not be drawn casually. The United States government needs to commit to actually using force if they are transgressed. And the U.S. must appreciate that even though Iran does not want a conflict with a superpower, a wider war is possible. The Islamic Republic is adept at asymmetrical warfare and can use its network of proxies and terrorists to target U.S. installations. This would compel any U.S. president to respond in kind, so the two nations could find themselves locked in a prolonged low-intensity conflict. The balance of power may be on America’s side, but the costs of such a conflict should not be discounted. In the end, despite these risks, a nuclear-armed Iran haunting the Middle East is less desirable than U.S. strikes against its nuclear installations.

If the American political class does not wish to risk such hazards, then it should dispense with the public pretense that the U.S. is committed to preventing Iran from getting the bomb. The Biden administration’s diplomacy will not obstruct Iran’s path to nuclear weapons, but it does offer the illusion of at least temporary respite. And few forces in history have proven more alluring than self-deception.