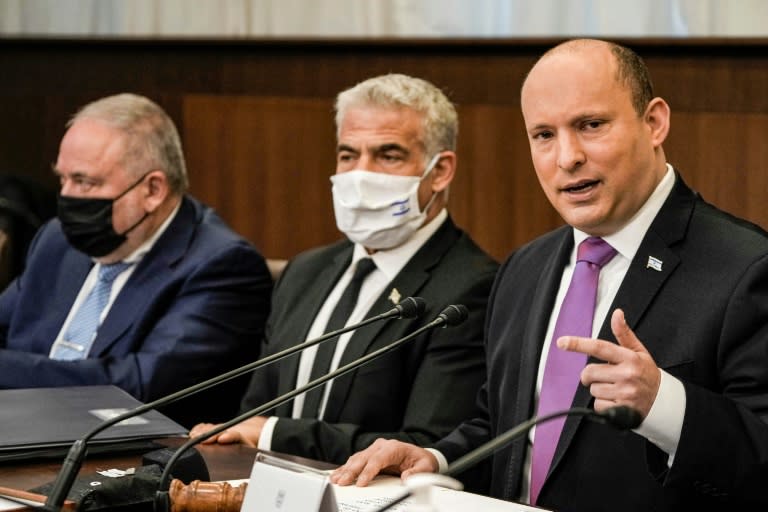 Israeli Prime Minister Naftali Bennett said Sunday that Iran may “shortly” agree a new nuclear deal with major powers but warned it will be weaker than the original 2015 agreement.

Bennett was speaking ahead of a cabinet meeting following indications that the outline of a deal was taking shape at talks in Vienna.

“We may see an agreement shortly,” Bennett said, adding that the deal that appeared to be in the making “is shorter and weaker than the previous one”.

The 2015 Iran nuclear agreement offered Tehran sanctions relief in exchange for curbs on its nuclear programme, but the United States unilaterally withdrew in 2018 under then-president Donald Trump and reimposed heavy economic sanctions.

Talks on reviving the initial pact, known as the Joint Comprehensive Plan of Action (JCPOA), have been held in the Austrian capital since late November, involving Britain, China, France, Germany and Russia directly and the United States indirectly.

Bennett has been a staunch opponent of the JCPOA and repeatedly warned any revenue Tehran sees as a result of new sanctions relief will be used to purchase weapons that could harm Israelis.

“This money will eventually go to terrorism,” he reiterated Sunday.

Bennett has said Israel will not be bound by a restored agreement and will retain the freedom to act against Iran.

“We are organising and preparing for the day after, in all dimensions, so that we can maintain the security of the citizens of Israel on our own,” he told his cabinet.

Signs of a deal coming together emerged at the weekend, with German Chancellor Olaf Scholz saying there “was the chance to reach an agreement that will allow sanctions to be lifted”, while warning that talks could still collapse during what he called “the moment of truth”.

Iranian Foreign Minister Hossein Amir-Abdollahian, speaking at the same Munich gathering, said his country was “ready” for a deal “if the other side makes the needed political decision”.

Iranian President Ebrahim Raisi was meanwhile due in Doha this week, on a rare foreign visit, to discuss growing efforts to revive the accord, building on a secret visit to Tehran by a Qatari envoy, diplomats in the region said.

Qatar has frequently sought to play a mediation role in world hotspots and its emir Sheikh Tamim bin Hamad al Thani met US President Joe Biden in Washington on February 1.

Thani’s visit to Iran, never officially announced, was confirmed to AFP by a diplomat aware of the trip.

The Israeli premier, without detailing his sources, said a new Iran deal could expire in 2025, when the original JCPOA negotiated under former US president Barack Obama is due to lapse.

“If the world signs the agreement again -— without extending the expiration date -— then we are talking about an agreement that buys a total of two and a half years, after which Iran can and may develop and install advanced centrifuges, without restrictions,” Bennett said.

Since the Vienna talks resumed, senior Israeli officials have said the Jewish state could support negotiations on a more robust pact with Iran, one that effectively makes it impossible for the Islamic republic to develop a nuclear weapon.

There is broad opposition across the Israeli and political establishment against the terms of the JCPOA.

Addressing the Munich conference on Sunday, Israeli Defence Minister Benny Gantz said that an agreement with Iran would “not mark the end of the road,” insisting that inspections of its nuclear infrastructure must continue in the event of a deal.