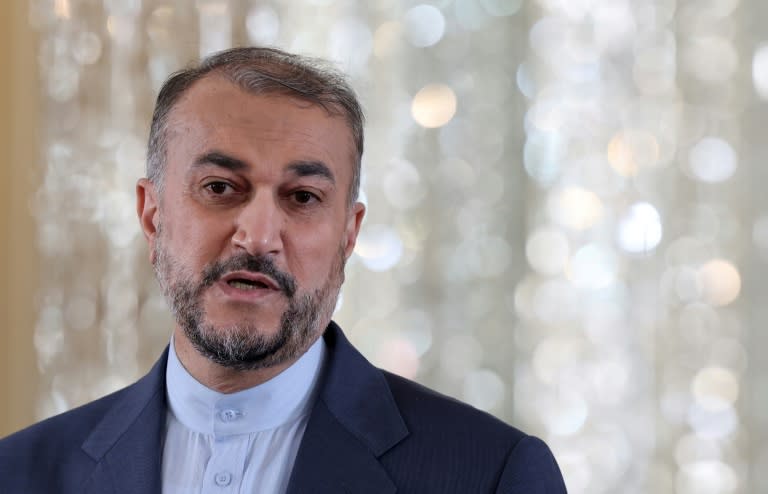 Negotiations to revive the Iran nuclear deal have entered a “critical” stage during which some key issues still need to be resolved, Tehran’s top diplomat said on Wednesday.

The 2015 accord had offered Iran sanctions relief in return for curbs on its nuclear programme, but the US unilaterally withdrew in 2018 under then-president Donald Trump.

Western powers that have been locked in nuclear talks with Iran have said in the past week that a deal was within reach while stressing the ball was in the Islamic republic’s court.

Iran’s Foreign Minister Hossein Amir-Abdollahian said on Wednesday that the negotiations had “reached a critical and important stage”.

“We hope that some sensitive and important issues remaining in the negotiations will be resolved in the coming days with realism from the Western side,” he said at a joint press conference with his Oman counterpart Sayyid Badr al-Busaidi.

Amir-Abdollahian said he was “optimistic” about a deal, while insisting Iran would not give up its “red lines” in the negotiations. He did not elaborate.

The Vienna talks, which involve Iran as well as Britain, China, France, Germany and Russia directly, and the United States indirectly, resumed in November.

In recent days, progress in the negotiations has been reported by France, Germany, the United States and even Iran.

Signs of an agreement coming together emerged over the past week, with France warning that Iran has just days left to accept a deal.

“We need political decisions from the Iranians. They have a very clear choice,” he told the French Senate on February 16.

He said there “was the chance to reach an agreement that will allow sanctions to be lifted” but also warned that the talks could still collapse.

Most recently, Iran’s sworn enemy Israel said on Sunday that a deal may be agreed soon while warning that it would be “weaker” than the original 2015 agreement.