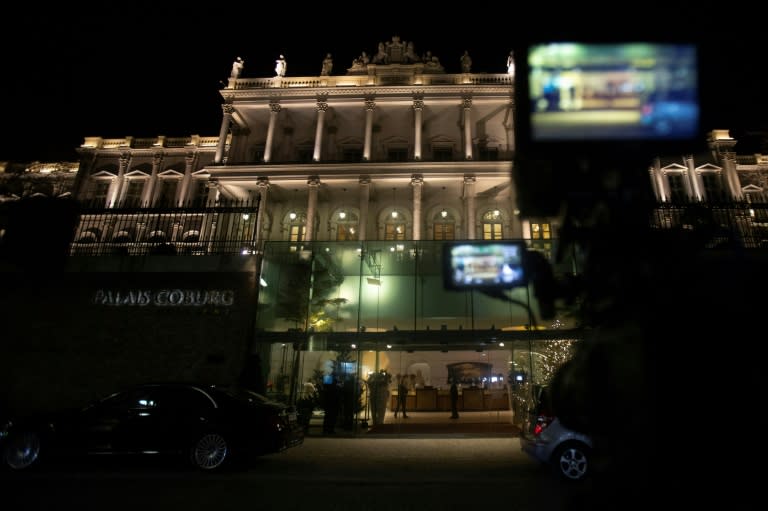 Several world powers have indicated that a deal — at least in principle — to revive the Iran nuclear accord may be just days away, but experts warn that failure still cannot be ruled out.

The 2015 accord had offered Tehran sanctions relief in exchange for curbs on its nuclear programme, but the US unilaterally withdrew in 2018 under then-president Donald Trump and reimposed heavy economic sanctions, prompting Iran to start ramping up its nuclear activities.

The outline of a new deal appears to be on the table in talks which have been held in Vienna since late November between signatories Britain, China, France, Germany, Russia — and the United States indirectly.

“The West, Russia, and China appear to be more aligned than at any prior point,” said Henry Rome, analyst with the Eurasia Group.

The strategy of the world powers appears to be “pressuring Iran to bring the talks to a conclusion,” the analyst said, adding that the negotiations appeared to nearing a “decision point”.

A diplomatic source in Vienna confirmed this week that there had been “advances” in the talks.

The US State Department said on Thursday that “substantial progress” had been made, and that an agreement was possible within days if Iran “shows seriousness”.

The day before French Foreign Minister Jean-Yves Le Drian had said a deal was “within grasp” but that “a serious crisis” was still possible if Iran refused to accept the proposals of the other parties.

Experts believe Iran is only a few weeks away from having enough fissile material to build a nuclear weapon — even if it would take several more complicated steps to create an actual bomb.

The stumbling blocks in the way of a new deal have long been clear.

The points of contention “have been on the table from the very beginning,” said Ali Vaez, Iran specialist at the International Crisis Group.

They include which sanctions will be lifted and whether Washington can offer Tehran any guarantees against the possibility of a future US president repeating Trump’s move.

Tehran also wants to know that companies and banks venturing back into Iran will not be penalised by potential future American sanctions.

“I think both sides believed that the other would blink and give more concessions on these issues at the last minute,” Vaez said.

Iranian Foreign Minister Hossein Amir-Abdollahian said this week that his country wanted “political statements” from the parliaments of the other signatories — including the US Congress — underlining their commitment to the deal.

“Iran’s commitments are as clear as a mathematical formula,” he said.

Vaez said that “on the question of scope of sanctions relief, I think there is more room for manoeuvre on the West’s side.”

“But the reality is that on the question of guarantees, there’s really nothing that the US can do and offer,” he added, given the difficulty of binding the hands of a future administration.

Two scenarios are possible in the current conditions, according to Vaez.

“If, in the next few days, the Iranians don’t back off from some of their demands, then I think what you’re likely to see is a Western walkout,” he said.

That could lead to a resolution criticising Iran being put forward at the next Board of Governors meeting of the UN nuclear watchdog the International Atomic Energy Agency, due to begin on March 7.

Vaez said this could be the first step in a “cycle of escalation”.

However, faced with multiple security crises in other parts of the world, Vaez said “the last thing the Biden administration wants” is a nuclear proliferation headache in Iran.

The more optimistic scenario would entail “a breakthrough in… the next four or five days” opening the door for a deal being “announced towards the end of this month or early March”.

According to analyst Rome, even the “soft deadline” of March 7 may slip by, “especially if Iran continues talking, given significant reluctance in the West to pivot to an alternative strategy”.

Iranian village to mark its ‘thanksgiving’ as COVID restrictions ease

Iranian village to mark its ‘thanksgiving’ as COVID restrictions ease