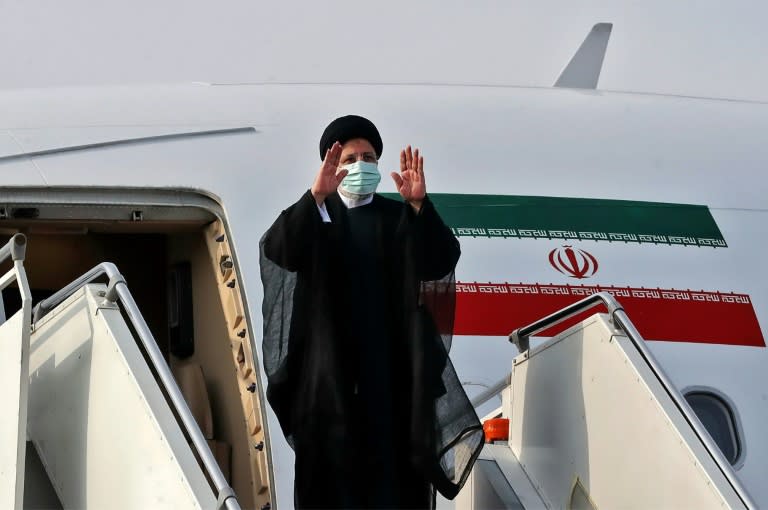 Iran on Monday signalled “significant progress” in talks on reviving a stalled accord on its nuclear programme but President Ebrahim Raisi, on his first visit to a Gulf state, again insisted that the United States must lift its crippling sanctions.

Iran’s ultraconservative leader, a personal target of the US sanctions, spoke out ahead of a summit of natural gas exporting nations in Qatar. The summit will take place against the backdrop of mounting tensions in Ukraine and reported advances in resuming a deal limiting Iran’s nuclear programme.

The United States under former president Donald Trump withdrew from the 2015 accord in 2018, saying it was not tough enough in curtailing Iran’s weapons ambitions. Tehran has always denied seeking an atomic bomb.

But months of negotiations in Vienna have brought the two sides closer to a new deal.

Iran’s foreign ministry said Monday that “significant progress” has been made and the number of outstanding obstacles had been “considerably reduced”.

Talks on reviving the Joint Comprehensive Plan of Action (JCPOA) have been held in the Austrian capital since November, involving Britain, China, France, Germany and Russia directly and the United States indirectly.

After arriving in Doha and meeting Qatar’s emir, Sheikh Tamim bin Hamad al-Thani, a close US ally who has encouraged the two sides to narrow their differences, Raisi again took aim at the US sanctions that have ravaged his country’s economy.

“The United States must show their desire to lift the main sanctions,” he said.

“To reach an accord, it is necessary to guarantee the interests of the Iranian people, in particular the lifting of sanctions, (give) a strong guarantee and end dossiers of a political character.”

Raisi was named in US Treasury sanctions in 2019 before he became president last year. The trip to Qatar is only his fourth abroad since he took office in August.

Qatar has added the Iran nuclear dispute to its list of diplomatic hotspots where it has taken a behind-the-scenes mediation role and the emir called for more dialogue to settle the showdown.

Sanctions have badly hit Iran’s oil and gas revenues and the Tehran government is anxious to get new investment and customers.

The exporters’ summit has been dominated by Ukraine tensions that have raised prices and European fears that its supplies of Russian gas may be cut.

The United States has asked Qatar to help Europe by preparing emergency supplies if the Ukraine crisis worsens.

But producing nations say they will not be able to provide substantial amounts of replacement gas if sanctions against Russia do affect Western Europe.

Raisi and the Qatari emir will be joined at Tuesday’s summit by Algeria’s President Abdelmadjid Tebboune and Trinidad and Tobago’s Prime Minister Keith Rowley. Energy ministers from the other seven forum members, who include Russia, will also take part.

Ministers from the 11-member group met on Monday to approve a summit statement that industry analysts predicted would touch on the lack of spare supplies that could help Europe, where consumers are already paying record prices for gas.

Qatar and other countries have insisted that massive investment is needed in gas infrastructure, and that they need the certainty of long-term contracts to be able to guarantee supplies to Europe.

The European Union has long resisted the 10, 15 and 20-year contracts signed by other major customers for Qatar’s gas, which include China, Japan and South Korea.