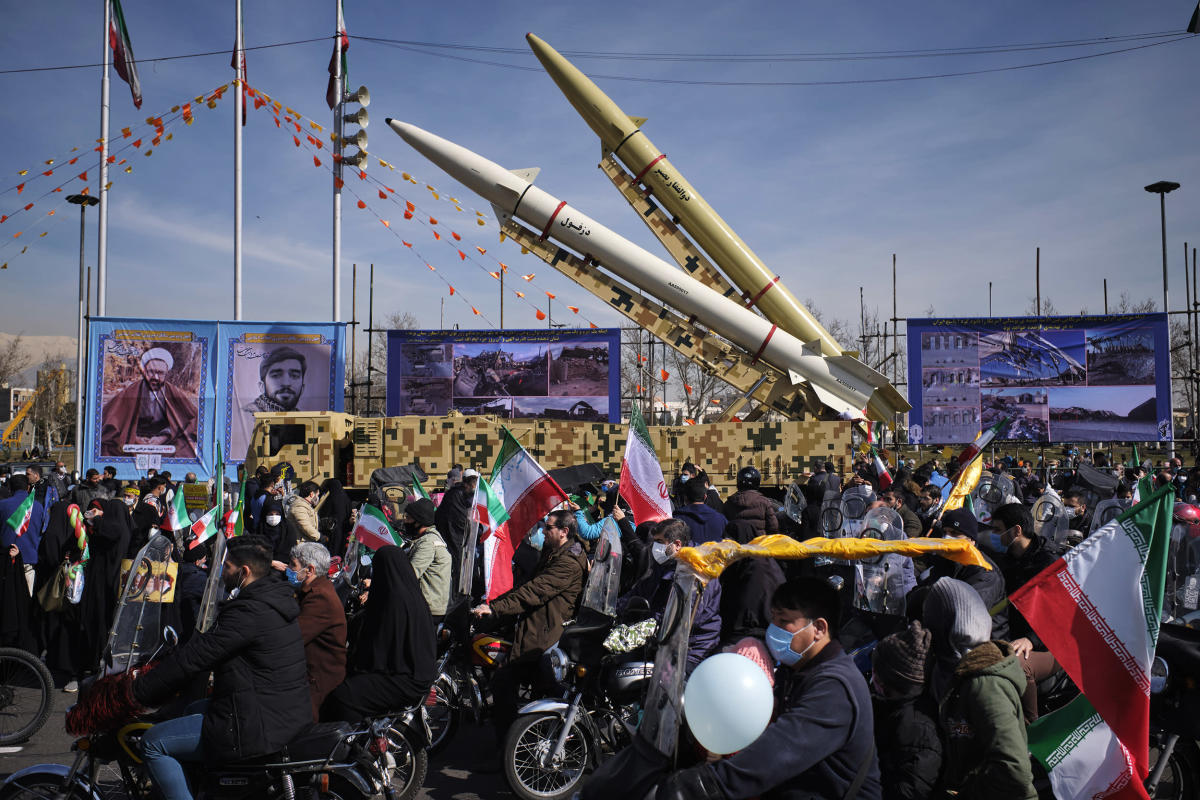 U.S. military veterans and their families on Thursday called on the Biden administration not to release frozen funds to Iran as part of nuclear negotiations until American victims of terrorist attacks carried out by the Tehran regime or its proxies are compensated.

More than 1,000 veterans and family members of those killed or wounded in bombings and other attacks in Iraq and elsewhere issued the appeal in a letter to President Joe Biden, asking that he meet with some of the families whose loved ones were killed.

“We share your view that Iran must never be allowed to develop or acquire nuclear weapons, but we do not believe that any sanctions on Iran should be lifted or suspended that result in the release of frozen funds until all outstanding judgments and pending claims against Iran and the IRGC (Iranian Revolutionary Guard Corps) have been fully satisfied,” said the letter obtained by NBC News.

“In our view, Iran’s frozen funds should go first to the regime’s American victims before a single dollar goes to the regime itself,” it said.

The letter said there is an estimated $60 billion in unpaid terrorism lawsuit judgments and associated liens as a result of U.S. court cases against Iran, with billions more tied up in pending claims.

U.S. officials previously have said hundreds of American troops were killed by Iranian-backed militia in the Iraq war. Iran has denied any role in the attacks.

The appeal from the families comes as the U.S. and European powers reported modest progress in talks in Vienna with Iran over reviving the 2015 nuclear deal designed to prevent Tehran from building nuclear weapons.

Throughout the talks, Iran has demanded the U.S. unblock billions of dollars in funds around the world that have been frozen by U.S. sanctions.

The 2015 nuclear agreement between Iran and world powers eased sanctions on Tehran in return for strict limits on its nuclear program, including restrictions on uranium enrichment and the use of advanced centrifuges. When the deal was signed, the U.S. unblocked some Iranian assets.

President Donald Trump pulled the U.S. out of the accord in 2018 and reimposed economic sanctions on Iran and added new measures. As a result of the reimposed sanctions, Iran cannot gain access to assets abroad, including revenue from some oil sales and other transactions.

Earlier this month, the Treasury Department said it would allow South Korea to send at least $63 million in overdue damages to an Iranian company. The money had been blocked by U.S. sanctions and Iran has been seeking access to billions of dollars frozen in South Korea and in other countries.

Since the U.S. left the deal, Iran has violated the deal’s limits on its nuclear activities and hampered access for U.N. nuclear inspectors.

Biden administration officials say time is running out to reach an agreement to rescue the 2015 nuclear deal.