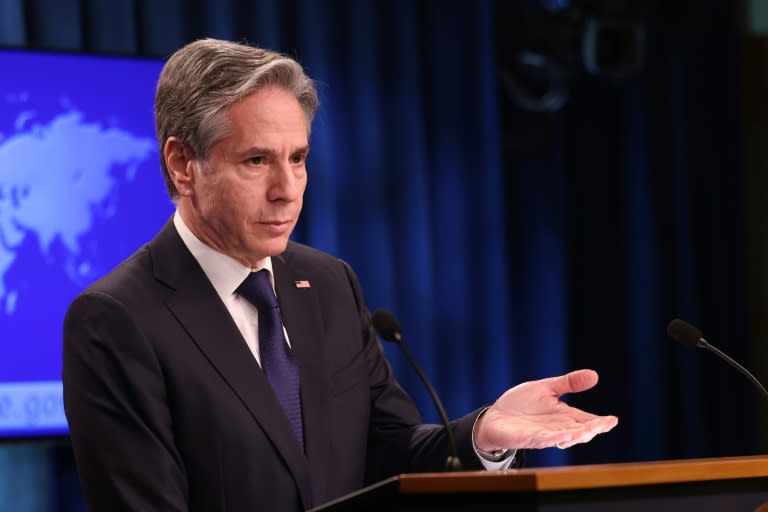 There are only “some weeks” left to revive the nuclear deal with Iran if it continues its nuclear activities at the current pace, US negotiator Rob Malley said Tuesday.

Malley, in an interview with CNN, warned of a “period of escalating crisis” if diplomacy failed to restore the 2015 nuclear agreement between Iran and world powers known as the Joint Comprehensive Plan of Action (JCPOA).

Negotiations restarted in November, after a five-month hiatus, to try to restore the deal with Iran, which the United States withdrew from under former president Donald Trump in 2018.

The indirect talks have been suspended but Malley said he hoped they would resume “relatively soon.”

Iran claims it only wants to develop a civilian nuclear capability but Western powers say its stockpile of enriched uranium goes well beyond that, and could be used to develop a nuclear weapon.

Washington has warned recently that it may soon be too late to revive the JCPOA.

“It really depends on the pace of their nuclear process,” said Malley, the US special envoy for Iran. “If they halt the nuclear advances, we have more time.

“If they continue at their current pace, we have some weeks left but not much more than that, at which point the conclusion will be there’s no deal to be revived,” he said.

“At some point in a not-so-distant future we will have to conclude the JCPOA is no more and we would have to negotiate a wholly different deal and we would go through a period of escalating crisis,” he added.

US Secretary of State Antony Blinken said Tuesday that he was not going to set a deadline for the talks.

“I’m not going to put a time limit on it,” Blinken told reporters, but the remaining runway for a deal is “getting very, very, very short.”

“We continue to have a strong interest in seeing if we can put the nuclear program back into the box that it was in,” he said. “But if we can’t do that, because Iran will not engage in good faith, then we are actively looking at alternatives and options.”

The 2015 agreement ensured sanctions relief for Iran in return for tight curbs on its nuclear program, which was put under extensive UN monitoring.

Trump went on to re-introduce sanctions, prompting Tehran to start disregarding the deal’s limits on its nuclear activities in 2019.

Recent rounds of talks have stumbled on which sanctions Washington is prepared to lift, and guarantees demanded by Iran to protect against the prospect of a future US withdrawal.

Amirabdollahian: A new chapter in Iran-Russia ties to unfold

Amirabdollahian: A new chapter in Iran-Russia ties to unfold