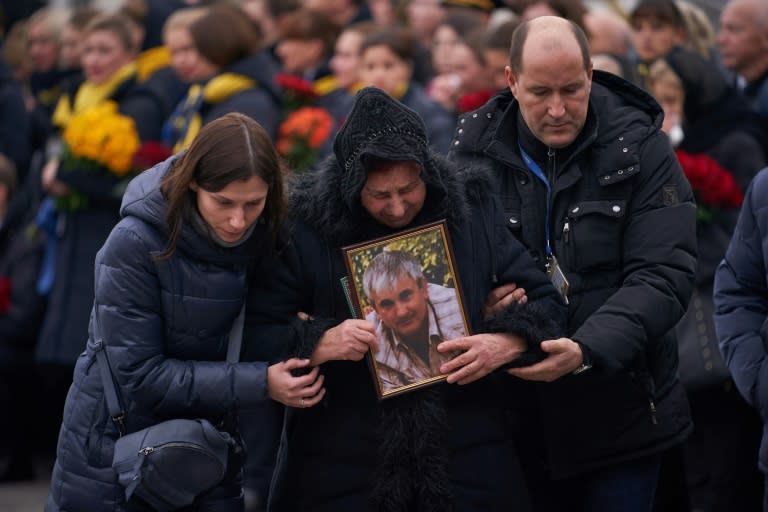 Canada, Britain, Sweden and Ukraine on Thursday set a new deadline for Iran to negotiate reparations for families of victims of a downed Ukrainian flight, warning that their “patience is wearing thin.”

The Islamic republic shot down Ukraine International Airlines flight PS752 shortly after take-off from its capital Tehran on January 8, 2020, killing all 176 people aboard, including 85 Canadian citizens and permanent residents.

The Canada-led International Coordination and Response Group had repeatedly asked Iran to meet in November to negotiate redress, but got no reply.

“We have delivered a further request inviting Iran to discuss the matters that pertain to our claim and demands for reparations for the downing of PS752 during the week of January 17, 2022,” the group said in a statement Thursday.

Tehran, they said, must indicate by January 5 if it is willing to engage in negotiations.

If by then, Iran continues to stall, the group said they “will have to assume that further attempts to negotiate reparations with Iran are futile” and “will have to seriously consider other actions to resolve this matter within the framework of international law.”

Nearly two years after the crash, the group said Iran continues to demonstrate an “apparent reluctance” to come to the table “to address this matter in a constructive and timely manner.”

It said Iran “has shown no interest in adhering to its international legal obligations” and added that “the Coordination Group’s patience is wearing thin.”

In a final report in March, the Iranian Civil Aviation Organization (CAO) pointed to the missile strikes and the “alertness” of its troops on the ground amid heightened tensions between Iran and the United States at the time.

The Islamic republic had just attacked a US base in Iraq in response to the killing of General Qassem Soleimani, and were expecting a response from Washington.

Ukraine, which lost 11 citizens in the disaster, said the report was “a cynical attempt to hide (the) true causes” of the tragedy, while Canada said it contained “no hard facts or evidence” and pledged to soon release the results of its own investigation.