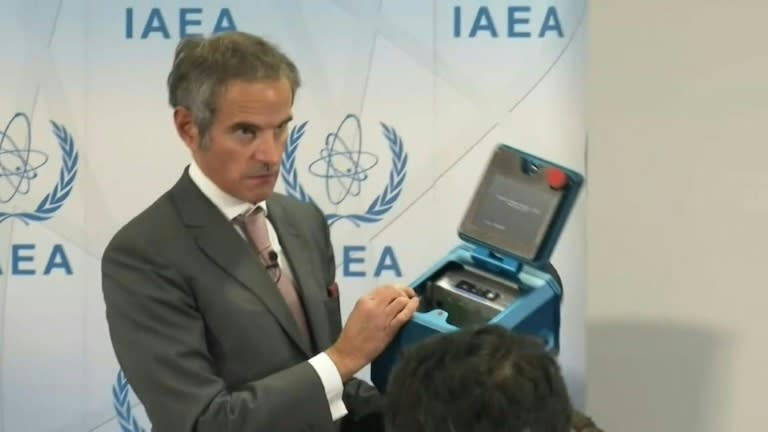 European diplomats in talks to save the landmark Iran nuclear deal said Friday that “some technical progress” had been made but warned they were “rapidly reaching the end of the road”.

The talks between world powers — aimed at bringing the US back to the 2015 agreement and rolling back Iran’s stepped-up nuclear activities — started in April this year.

They stopped for several months as the Islamic republic elected a new hardline government in June and finally resumed in late November.

“There has been some technical progress in the last 24 hours, but this only takes us back nearer to where the talks stood in June,” Britain, France and Germany, known as E3, said in a statement after the latest round of discussions ended in Vienna.

“We are rapidly reaching the end of the road for this negotiation,” they added, calling the pause requested by Tehran “disappointing” and urging “a faster pace”.

“We now have a good starting line,” an E3 source said, adding the next round would start discussing “the substance”.

Enrique Mora, the EU official chairing the talks, said he hoped for negotiations to resume before the end of the year amid a “sense of urgency” to conclude.

“We are not talking anymore about months, we are talking about weeks,” Mora insisted, adding he could not give a date for the next round or an overall deadline.

Tehran’s chief negotiator Ali Bagheri evoked “hard and intense negotiations” to agree on the “bases” for further talks “in the near future”.

Washington — which under then-president Donald Trump pulled out of the deal in 2018 and reinstated sanctions on Iran — is indirectly participating in the talks between the other remaining parties to the agreement, the E3, China, Russia and Iran.

The 2015 deal was meant to offer Iran sanctions relief in exchange for curbs on its nuclear programme.

Following the US pullout and the reinstatement of sanctions, Iran has taken successive steps to increase its nuclear activities — though it continues to insist it does not aim to build an atomic bomb.

Tehran and the Vienna-based IAEA announced on Wednesday that they had reached agreement on replacing the cameras at the TESA nuclear complex in Karaj, west of Tehran, after they were damaged in a June attack Iran blames on Israel.

IAEA director general Rafael Grossi said Friday he had “doubts” over a missing camera memory unit from the complex, adding no understanding had been reached with Iran over this issue.

“This is why we are asking them ‘Where is it?’ I’m hopeful that they are going to come up with an answer because it is very strange that it disappears,” Grossi said.

Grossi admitted there was “concern” about losing surveillance data at Karaj.

“We have ways to try to reconcile the facts on the ground with what Iran is going to be telling us,” he added.

“Don’t forget this is a facility we know very well, we know the kind of equipment there is.”

The IAEA’s experts would use “analysis, projections, modelling” to try “to put the jigsaw puzzle together”, he added.