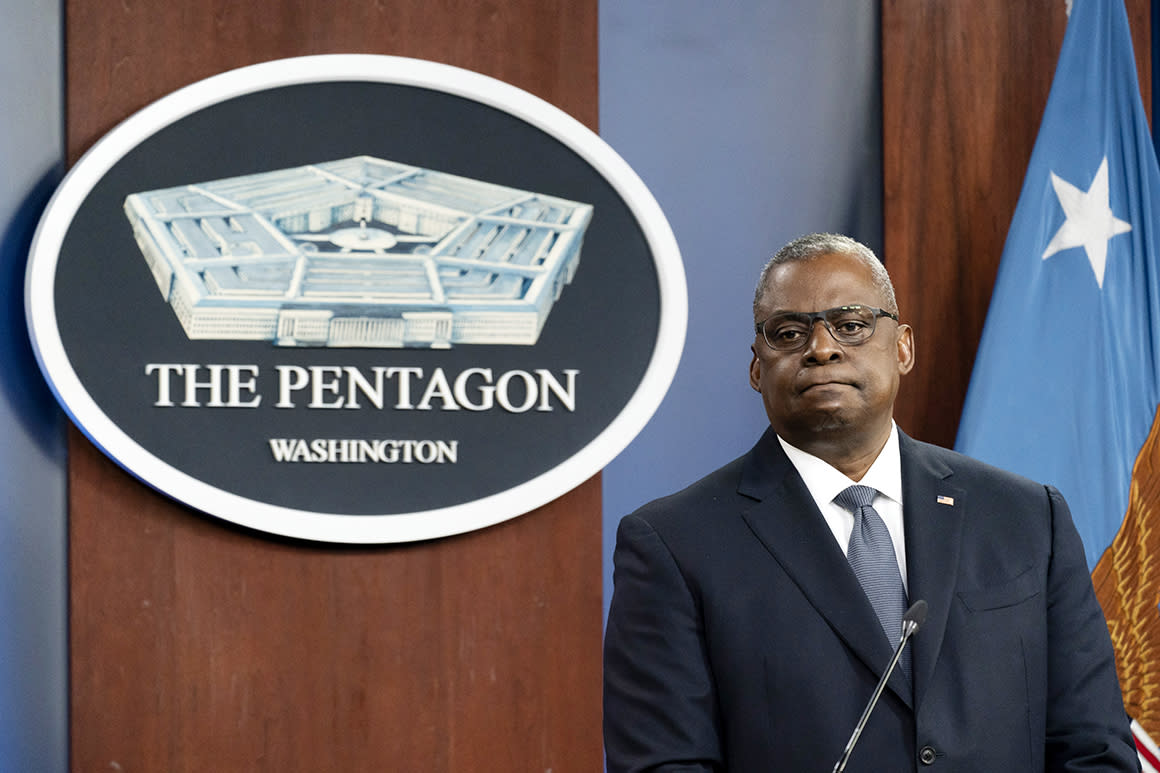 DUBAI, United Arab Emirates — America’s top defense official vowed Saturday to prevent Iran from obtaining a nuclear weapon and to counter its “dangerous use” of suicide drones in the wider Mideast, a pledge coming as negotiations remain stalled over Tehran’s tattered atomic deal with world powers.

Defense Secretary Lloyd Austin’s comments in Bahrain at the annual Manama Dialogue appeared aimed at reassuring America’s Gulf Arab allies as the Biden administration tries to revive the nuclear deal, which limited Iran’s enrichment of uranium in exchange for the lifting of economic sanctions.

His remarks also come after Gulf sheikhdoms saw the U.S.′ chaotic withdrawal from Afghanistan, raising concerns about America’s commitment to the region as defense officials say they want to pivot forces to counter perceived challenges from China and Russia.

“The United States remains committed to preventing Iran from gaining a nuclear weapon. And we remain committed to a diplomatic outcome of the nuclear issue,” Austin told an event put on by the International Institute for Strategic Studies. “But if Iran isn’t willing to engage seriously, then we will look at all of the options necessary to keep the United States secure.”

Iran long has maintained its nuclear program is peaceful, though U.S. intelligence agencies and the International Atomic Energy Agency say Tehran had an organized weapons program until 2003. Iran’s mission to the United Nations did not immediately respond to a request for comment Saturday.

Since then-President Donald Trump unilaterally withdrew America from the Iran nuclear deal in 2018, a series of escalating incidents have struck the wider Mideast. That includes drone and mine attacks targeting vessels at sea, as well as assaults blamed on Iran and its proxies in Iraq and Syria. The U.S. also killed a top Iranian general in Baghdad in early 2020, which saw Iran target American troops in Iraq with ballistic missiles.

Under Biden, U.S. military officials are looking at a wider reshuffling of forces from the Mideast to other areas, though it still maintains a large presence at bases across the region. Austin hinted at that in his remarks, saying: “Our potential punch includes what our friends can contribute and what we have prepositioned and what we can rapidly flow in.”

“Our friends and foes both know that the United States can deploy overwhelming force at the time and place of our choosing,” Austin said.

Austin’s comments also touched on the ongoing war in Yemen, for which the Biden administration halted its offensive support shortly after he came into office.

Saudi Arabia has led a military campaign since 2015 against the Iranian-backed Houthi rebels who hold Yemen’s capital, Sanaa. The Houthis have launched drone and ballistic missile attacks on the kingdom to retaliate for a punishing aerial bombing campaign that also has killed civilians.

But while the kingdom constantly refers to every drone and missile fired by the Houthis as successfully intercepted by its defenses, Austin put the rate instead at “nearly 90%.” The U.S. also withdrew its THAAD air defenses and Patriot missile batteries from Prince Sultan Air Base several months ago.

The Manama Dialogue takes place each year in Bahrain, a small island kingdom off the coast of Saudi Arabia that’s home to the U.S. Navy’s 5th Fleet. Bahrain also has engaged in a yearslong campaign crushing dissent. Activists wrote to Austin before his trip, urging him to raise the detention of prisoners on the island and Bahrain’s involvement in the Yemen war.