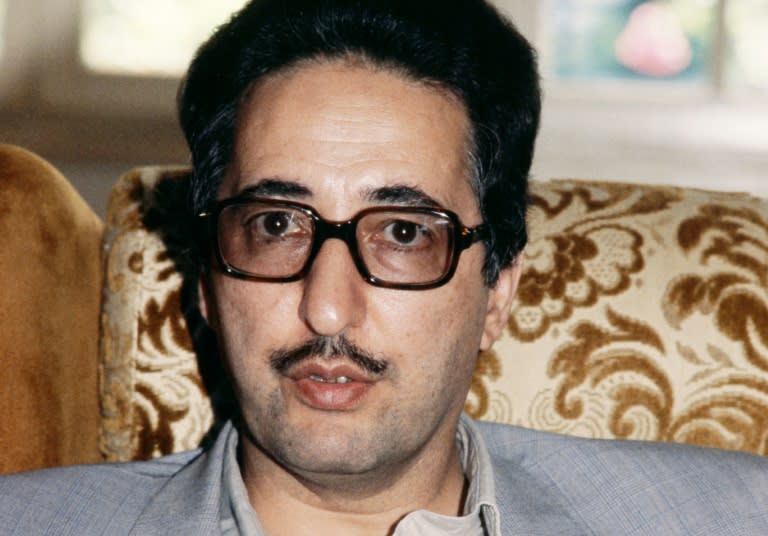 Iran’s first president after the 1979 Islamic revolution, Abolhassan Banisadr, died in a Paris hospital on Saturday aged 88, after decades of exile in France following his dismissal by parliament.

“After a long illness, Abolhassan Banisadr died on Saturday at the (Pitie-)Salpetriere hospital” in southeast Paris, official IRNA news agency said, citing a source close to the former president.

His family in France confirmed his death.

“We would like to inform the honourable people of Iran and all the activists of independence and freedom that… Abolhassan Banisadr has passed away… after a long struggle with illness,” they said in a statement.

The family statement hailed Banisadr as someone who “defended freedoms”.

But he was slammed by Iran’s judiciary. “All these years, under the shadow of French and Western intelligence, he did not miss a beat to defame the people and the system of the Islamic republic,” said a statement published on its Mizan Online website.

Banisadr won Iran’s first free election in 1980 to become president hot on the heels of the previous year’s Islamic revolution.

But he was dismissed by the Iranian parliament in 1981 as his relations with late supreme leader Ayatollah Ruhollah Khomeini deteriorated. Since then, he had been living in exile in France.

Born on March 22, 1933 in a village near Hamadan in western Iran, Banisadr was a supporter of liberal Islam.

A practising Muslim, at the age of 17 he became active in the ranks of the National Front of Iran, the movement of nationalist leader Mohammad Mossadegh.

After studying theology, economics and sociology, Banisadr became a staunch opponent of the Shah’s regime.

Wanted by the police, he was forced to flee Iran in 1963 and settled in Paris. In 1970, he advocated the union of the Iranian opposition around Khomeini, who was exiled in Iraq at the time.

In October 1978, Khomeini went to France, and Banisadr became part of his inner circle, referring to him as “dear father”.

Banisadr would later express regret that he had not recognised Khomeini’s “taste for power”.

On February 1, 1979, Banisadr was on the plane that brought Khomeini back to Iran.

He served as Iran’s minister of economics and, for a few days, foreign affairs.

The man at times referred to as “Khomeini’s spiritual son” was elected president of the Islamic Republic of Iran on January 26, 1980.

From the start of his mandate, Banisadr faced immense difficulties: the US hostage crisis, the Iran-Iraq war, economic woes and, above all, the opposition of powerful clerics.

As armed forces chief from February 1980 to June 1981, he reorganised Iran’s military and spent much of his time on the front lines of the eight-year war with Iraq.

But the proponent of a “third Islamic path” that respected democratic principles, he faced intense pressure from ultraconservative clerics.

After over a year of disputes with some senior members of the Shiite clergy and the Islamic Republic Party that controlled parliament, the democratisation process came to a halt.

On June 21, 1981, Banisadr was dismissed by the Majles for “political incompetence” with Khomeini’s approval.

After hiding for a week, he was smuggled onto an air force jetliner hijacked by one of his supporters, and escaped to France, where he was granted asylum and provided with police protection.

Once in exile, Banisadr founded the National Council of Resistance of Iran with Massoud Rajavi, leader of the People’s Mojahedin Organization of Iran and representatives from minority communities such as Iranian Kurds.

Banisadr fell out with Rajavi, however, and later left the council.

He wrote a book that accused Iran’s ayatollahs of plotting to seize power, and testified about the murders of Iranian dissidents that he blamed on the mullahs.

He had been living in Versailles since May 1984.