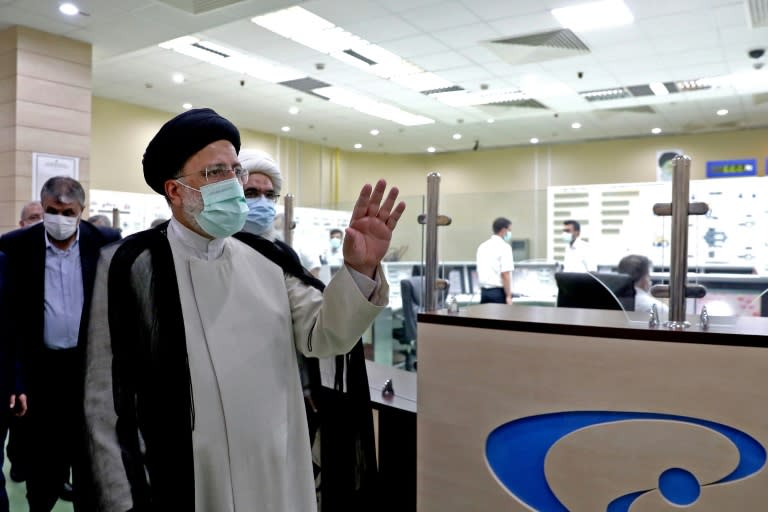 Iran said Wednesday it will resume talks with world powers in November on reviving a nuclear deal after a five-month gap in the face of mounting warnings that international patience was wearing thin.

Iran held six rounds of indirect negotiations in Vienna with President Joe Biden’s administration on returning to the 2015 deal, but talks went on hiatus in June as a new hardline government took office in Tehran.

“We agree to start negotiations before the end of November. Exact date would be announced in the course of the next week,” Bagheri, who serves as Tehran’s chief negotiator, wrote on Twitter.

He said he “had a very serious and constructive dialogue” with Mora “on the essential elements for successful negotiations.”

The accord between Iran and six world powers to find a long-term solution to the crisis over its controversial nuclear programme has been moribund since former US president Donald Trump walked out in May 2018 and imposed sweeping sanctions.

Biden, his successor, has said he is ready to re-enter the agreement so long as Iran also returns to full compliance by rolling back nuclear activities that it undertook in response to Trump’s sanctions.

The United States was cautious on Iran’s announcement but said it believed only a “small number of issues” remained outstanding after the sixth round of talks in Vienna.

“We are prepared to return to Vienna, and we believe that it remains possible to quickly reach and implement an understanding on return to mutual full compliance,” a State Department spokesperson said.

“As we have also been clear, this window will not remain open forever as Iran continues to take provocative nuclear steps, so we hope that they come to Vienna to negotiate quickly and in good faith.”

One additional issue will be access for the UN nuclear watchdog, the International Atomic Energy Agency, whose chief, Rafael Grossi, negotiated only a short-term compromise when he visited Iran on September 12.

Iran said it needed time after the election of President Ebrahim Raisi, a hardliner who succeeded the more moderate Hassan Rouhani, who had negotiated the deal with Barack Obama’s administration in hopes of easing Iran’s international isolation.

But the prolonged delay has prompted alarm — even among European powers that criticized Trump for exiting the accord.

On a visit to Washington earlier in October, Israeli Foreign Minister Yair Lapid warned of military action against Iran, his country’s sworn foe.

Israel is widely suspected in a sabotage campaign in Iran that has included the killings of nuclear scientists. On Tuesday, Iran blamed cyber attacks for disrupting its civilian fuel distribution network.

Secretary of State Antony Blinken said he backed diplomacy but also said the United States had “other options” if talks go nowhere.

Speaking Monday after talks with European and Arab allies, the US negotiator on Iran, Rob Malley, said that the Biden administration would always be open to diplomacy but that the accord, formally known as the JCPOA, had a shelf life.

“This is not a chronological clock; it’s a technological clock. At some point, the JCPOA will have been so eroded because Iran would have made advances that cannot be reversed,” Malley told reporters.

Malley has disputed criticism that the talks made no progress, saying there was broad understanding on most points in Vienna — where European mediators shuttled between hotels as Iran declined to meet directly with the United States.

Iran says it wants a full lifting of sanctions, but the Biden team says the only ones on the table are those imposed by Trump over Iran’s nuclear work.

Trump argued that the JCPOA did not address other concerns with Iran, such as its support for militants that fight US allies Israel and Saudi Arabia, and vowed to bring Tehran to its knees through economic pressure.