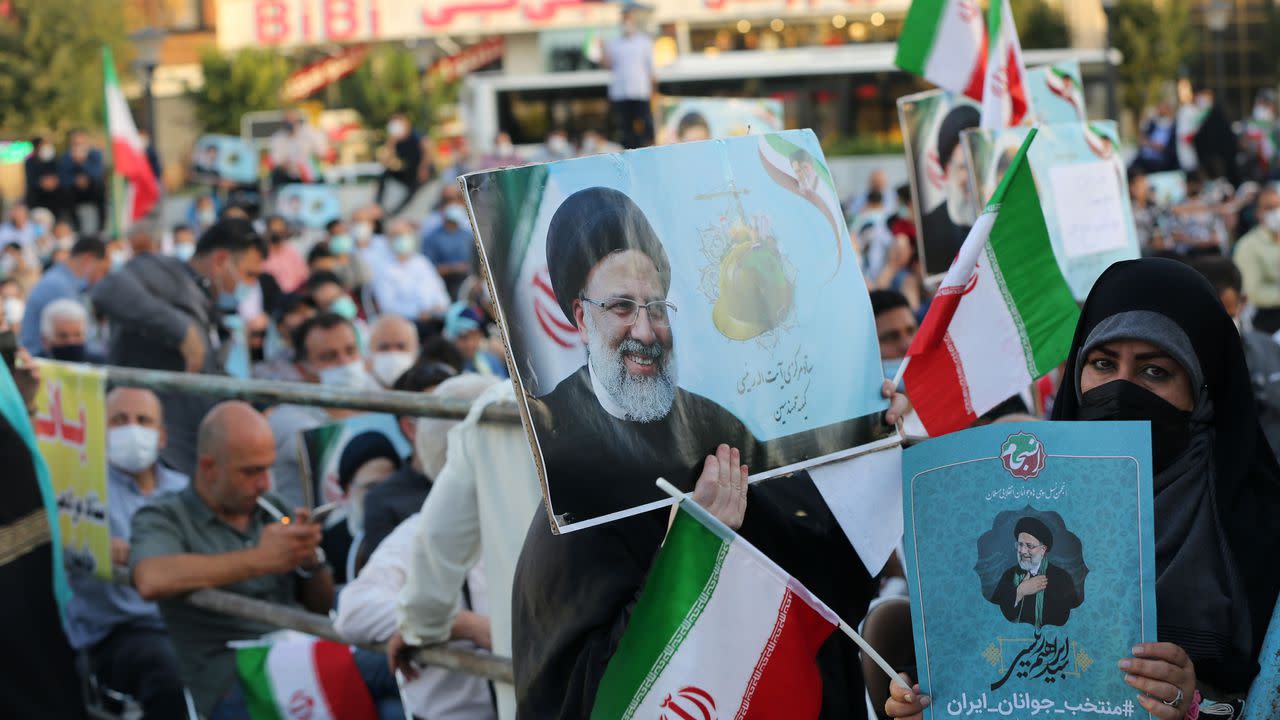 Iranian Judiciary chief Ebrahim Raisi is the favorite to win Friday’s presidential election, a result that would reassert conservative control over all levers of power in Tehran.

Driving the news: The latest polls in Iran project a very low turnout of around 42% — a testament to the disillusionment of supporters of the reformist camp who find themselves with no candidate to vote for.

The backstory: Iran’s Guardian Council disqualified all of the reformist candidates, including former parliamentary Speaker Ali Larijani, a supporter of outgoing President Hassan Rouhani and his policies. Larijani was seen as a potential front-runner.

Between the lines: Raz Zimmt, an Iran expert at the Institute for National Security Studies in Tel Aviv, told me that Iranian voters aren’t just disillusioned with the approved list of candidates but also with Rouhani’s tenure as president.

What to watch: The elections are taking place while Iran holds indirect talks with the U.S. on a mutual return to compliance with the 2015 nuclear deal.

What’s next: The results of the elections are expected on Friday night Iran time.