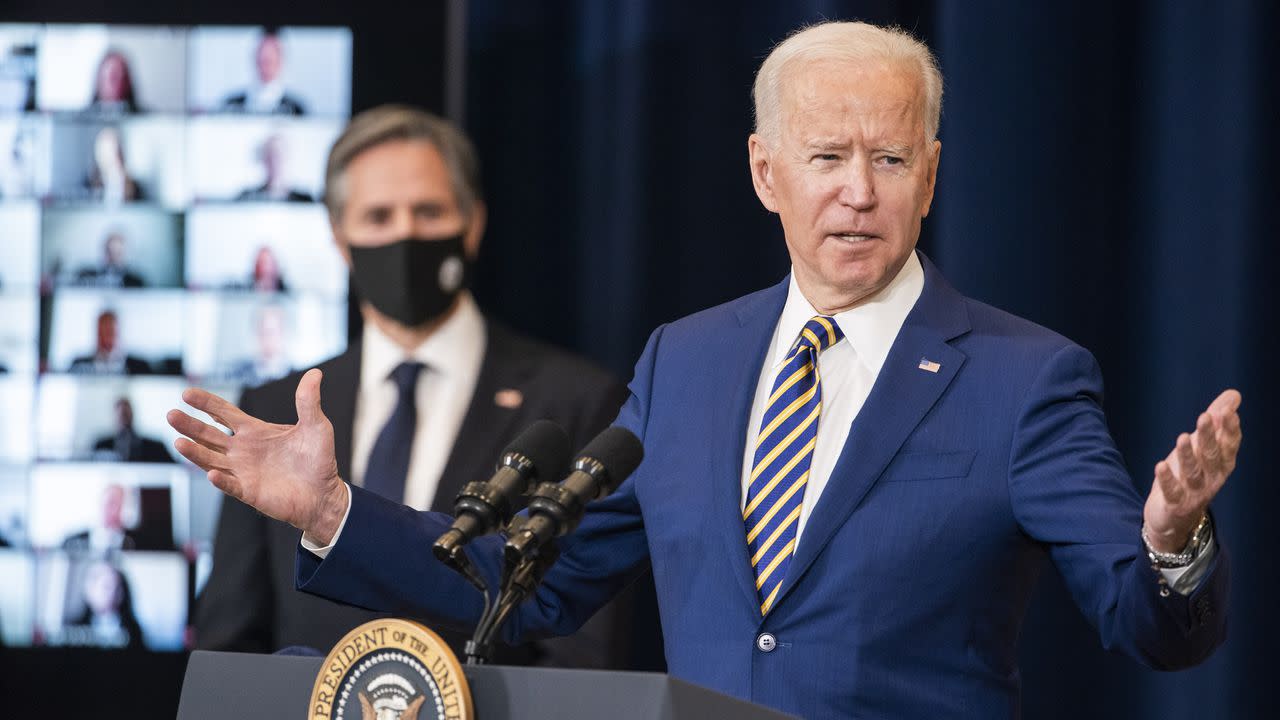 In a sign of the urgency President Biden feels about Iran, the White House is convening a National Security Council principals committee meeting Friday focused on the country’s nuclear program, people familiar with the matter tell Axios.

Why it matters: The Biden administration is still refining its strategy about how to resurrect the 2015 deal that President Trump backed out of in 2018, but it wants to work with allies to slow Iran’s effort to enrich uranium and prevent an arms races in the Middle East.

Get smarter, faster with the news CEOs, entrepreneurs and top politicians read. Sign up for Axios Newsletters here.

Driving the news: Secretary of State Tony Blinken is also scheduled to have a virtual meeting Friday with the foreign ministers of the United Kingdom, Germany and France, with Iran on that agenda, too.

The intrigue: During a visit to the State Department later Thursday, the president didn’t mention his efforts to resuscitate the nuclear deal, a signature achievement of the Obama administration’s then-Secretary of State, John Kerry. Most congressional Republicans heavily criticized it, and Trump later bailed out of it.

The big picture: After withdrawing from the deal in 2018, Trump reimposed sanctions on Iran. His “maximum pressure” campaign, led by Secretary of State Mike Pompeo, targeted its oil exports and central bank, aiming to force Tehran back to the negotiating table.

Blinken has asked his newly appointed Iran envoy, Rob Malley, to form a negotiating team made up of diplomats and experts with a range of views on the path forward with Iran, Barak reported Wednesday.

Between the lines: Blinken has suggested Iran would first need to come back into compliance with the deal before the United States lifted any sanctions.