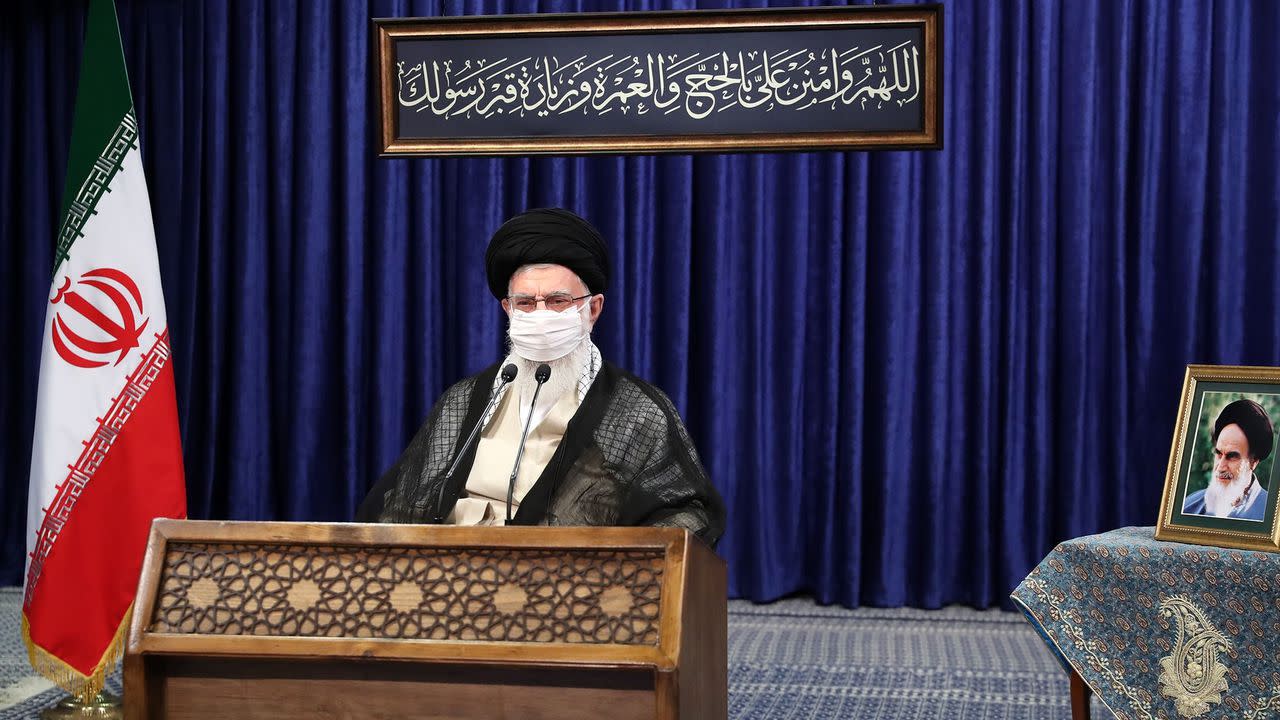 President Biden told “CBS Evening News” in an interview set to air Sunday that the U.S. will not lift sanctions against Iran unless the country first stops enriching uranium.

Driving the news: The comments were revealed hours after Iran’s Supreme Leader Ayatollah Ali Khamenei said in a televised address that the U.S. must first lift all sanctions for Iran to comply with the commitments under the 2015 Iran nuclear accord, which President Trump withdrew the U.S. from in 2018.

Get smarter, faster with the news CEOs, entrepreneurs and top politicians read. Sign up for Axios Newsletters here.

The other side: “No,” Biden responded when host Norah O’Donnell asked if the U.S. will lift sanctions first in order to get Iran back to the negotiating table. The president nodded affirmatively when asked if Iran will first have to stop enriching uranium.

The state of play: Iran has begun enriching uranium closer to weapons-grade levels. Its parliament recently approved a law to block international nuclear inspectors, per the AP.

The backdrop: Biden has said he would seek to implement expanded restrictions on Iran’s missile development and regional activities.

Be smart: sign up FREE for the most influential newsletter in America.