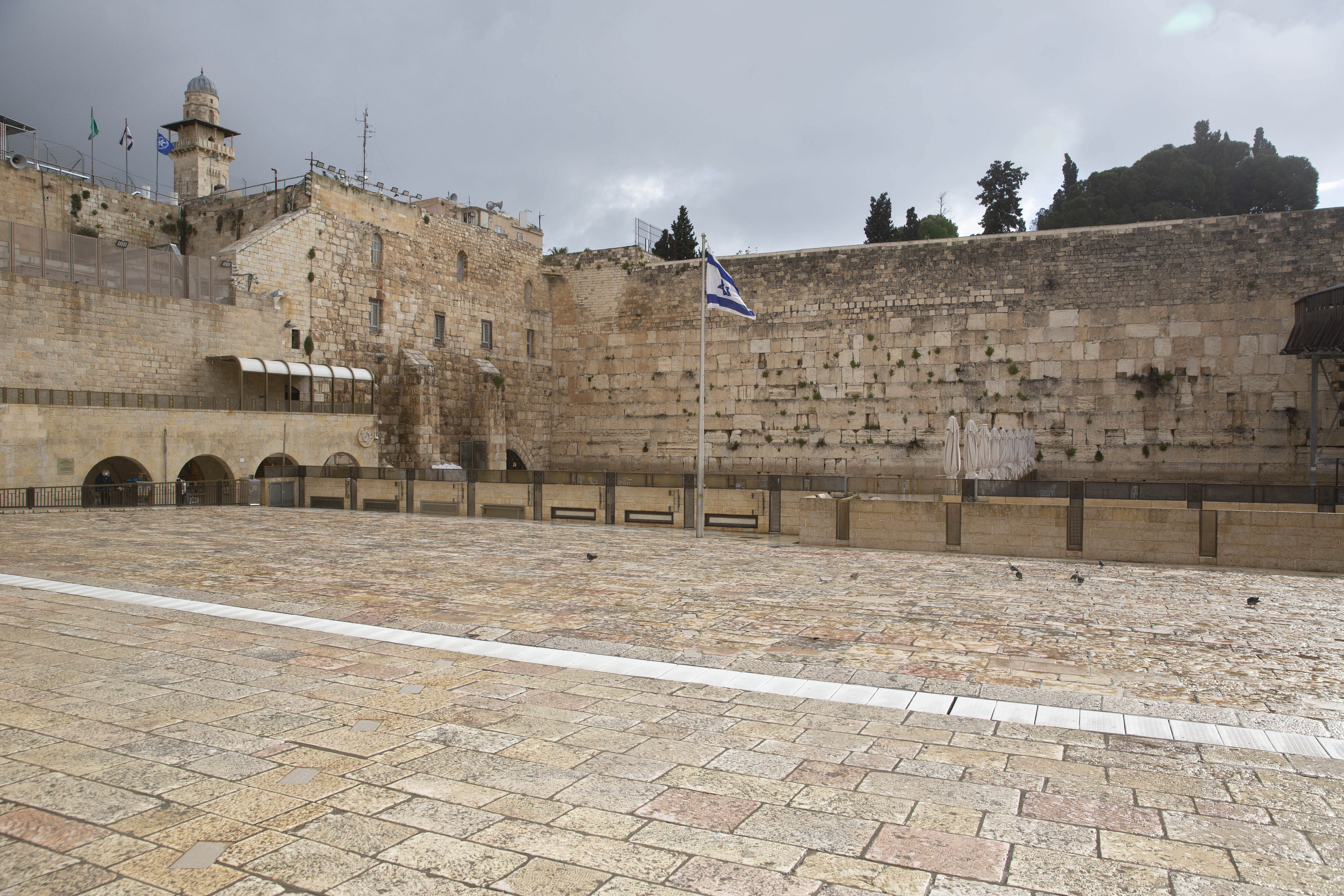 The Western Wall, the holiest site where Jews can pray, in Jerusalem’s Old City, is empty Friday, April 10, 2020. Christians are commemorating Jesus’ crucifixion without the solemn church services or emotional processions of past years, marking Good Friday in a world locked down by the coronavirus pandemic. (AP Photo/Sebastian Scheiner)

JERUSALEM (AP) — The Israeli government approved a tight quarantine of several areas of Jerusalem on Sunday, including the historic Old City, in a bid to slow the spread of the coronavirus in the city’s most susceptible neighborhoods.

A ministerial committee gave approved the shutting down of movement in and out of several predominantly ultra-Orthodox areas of the city in order to contain the disease that has already resulted in over 100 deaths in Israel and almost 6,000 around the Middle East, the vast majority in Iran.

The measure, which takes effect at noon on Sunday but had been debated for days, faced resistance from ultra-Orthodox ministers in Prime Minister Benjamin Netanyahu’s government who rejected singling out their constituency.

The virus causes mild to moderate symptoms in most patients, who recover within a few weeks. But it is highly contagious and can cause severe illness or death, particularly in elderly patients or those with underlying health problems.

Starting Sunday, residents of four areas of Jerusalem would not be permitted to leave their neighborhoods for provisioning, and could only move to other areas for essential work and medical care.

Already tight restrictions on public gatherings have limited religious events in Jerusalem this April, which features the Jewish holiday of Passover, the Christian holiday of Easter and the start of the Muslim holy month of Ramadan.

At Jerusalem’s Western Wall, the holiest site where Jews can pray, a limited quorum of some 10 men gathered to perform the Priestly Benediction, the customary prayer held during the weeklong holiday of Passover. The blessing normally draws tens of thousands of worshipers, but due to coronavirus restrictions there were only a handful in the large plaza adjacent to the wall. Among those participating in the prayer was U.S. Ambassador to Israel David Friedman.

At the Church of the Holy Sepulcher, where many Christians believe Jesus was crucified and entombed, the top Roman Catholic cleric in the Holy Land Archbishop Pierbattista Pizzaballa held Easter Mass before a largely empty church.

“My message is that despite the sign of death and fear that we are seeing everywhere all over the world we have to look at the good all those that are giving their lives for the others,” he said. “The message of Easter is the life, despite all, will prevail.”